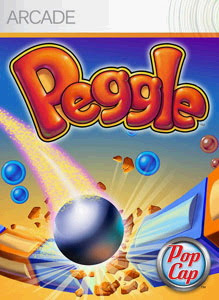 I honestly have heard of Peggle for quite a few years now, and one of my gamer friends absolutely adores it. But the boxart was never too appealing, and from all I've heard I never quite got the point from raves alone. Well I managed to get a copy on Xbox Live Arcade, and I have to say it's pretty darn good. 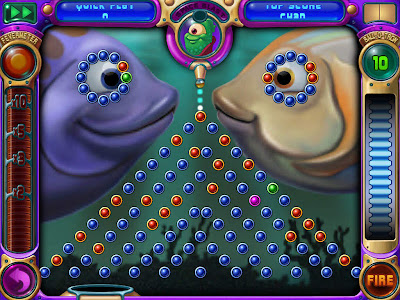 I guess the best way to sum up Peggle is that it's like a mix of Arkanoid meets Plinko from The Price is Right. It's actually suppose to be based on the Japanese Pachinko machines which I'm sure that's where the famous game show got one of it's best ideas from. The point of the game is to hit all the orange pegs and clear them off the stage. A simple task that's not as easy as it sounds. 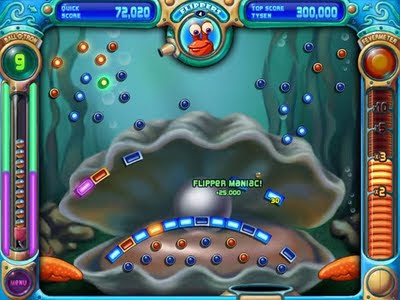 You're given ten little balls to complete each stage, and while they might sound a little cheap; let me add that there are special power-ups and bonuses that add a little forgiveness. The green pegs enable a special power, and it's different for each character. My favorite was the Zen Ball which determines the best path for your ball to take. And the dragon's fire ball was also pretty sweet. There's also a little catch bucket at the bottom which will give you a free ball if it lands in there. It will be your best friend in the game. 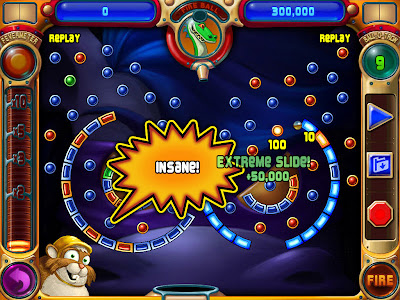 Peggle is filled to the brim with imaginative stages, and nifty challenges. I haven't been impressed by the simplicity yet inner-depthness of a game since Angry Birds on iOS. My only complaint is that there's not enough levels to last you very long. Sure it's massively re-playable, but by the end of my time I was begging for much more especially since I can't play online due to the lack of Xbox Live Gold. The game is also available on practically every platform, so it's not a bad choice for those who need a nice simple game that will leave you bouncing off the walls. Not literally of course.

Very cool, I've been to Japan but never played pachinko before, may have to check this out.

Regarding arcades, awesome timing! Just posted a video about how far a little imagination can go. I think you might like it.

I remember this game!! I've spent too many hours playing it, but it was really fun.

I swear I have never even heard of this game before

I have never played it. Is it really that good? looks like im gonna have to try it!