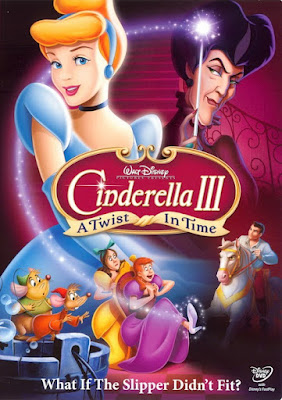 My girlfriend is pretty huge Disney fan, and we watched the first two Cinderellas back in January. While the original still holds up, Cinderella II: Dreams Come True was an obvious let-down in quality. I was a bit worried about Cinderella III: A Twist in Time, but I was pleasantly surprised. 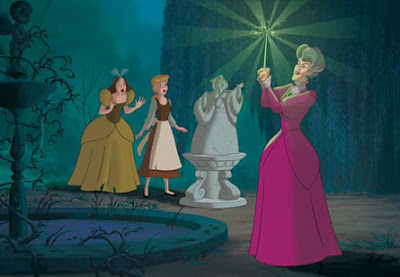 While the 2nd film seemed like a recycling of a rejected TV series idea, the 3rd movie offers an interesting and central plot. The evil step-mother and her daughters manage to steal the magic wand from Cinderella's Fairy Godmother, and come up with a plot for revenge. They use it's power to turn back time to the morning of when Cinderella fits her foot in the glass slipper. 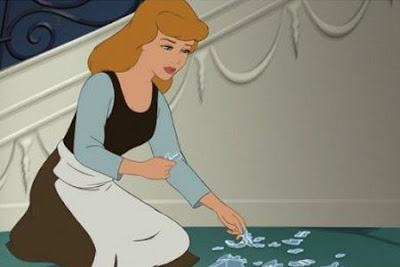 Except the step-family remember everything, and they use magic to make the slipper fit Anastasia's foot instead. When Cinderella comes downstairs, her final proof of the other glass slipper breaks into pieces due to her step-mother. Which leaves Cinderella crushed, but she eventually catches on and attempts to find Prince Charming and set things right. 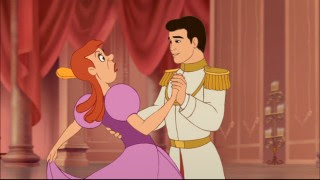 While it might not be for everyone, I enjoyed watching it with my girlfriend Daisy. The animation is clean and colorful, and they managed to bring a cast of voice-actors that do a terrific job of imitating the old voices from the 1950 original. The plot delivers an interesting tale for fans with plenty of heartwarming moments. It may not be a Disney classic film like the movie that started the series, but it shouldn't disappoint.
Posted by Adam at 12:58 AM

Is this real life? Man I watched this movie in my van with my little brothers and sisters. This makes me miss home, I havent been home in over a year, that movie actually had a part where I laughed, but it was only because it was so ridiculous. . .
Hope u and the gf enjoyed it

I didn't even know there were sequels to Cinderella! LOL! I do like the original Cinderalla though (1950's?) and the singing mice! Take care
x

So glad i checked out your blog, i love it! i also had no idea there were sequels to cinderella, but they look really cool! /following/

i think i may have saw II years ago, & was like eh, meh. you're such a good boyfriend to watch these chick flicks with your girl daisy.

Never knew that part 2and part 3 existed. I may watch this