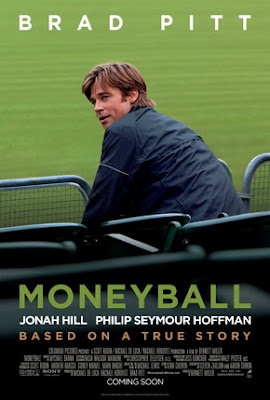 I honestly let Moneyball slip under my radar since it's release. I honestly hadn't heard of the film until it started picking up all those Oscar nominations. When it hit DVD I put on my rent list, and I finally got it in my mailbox the other day. 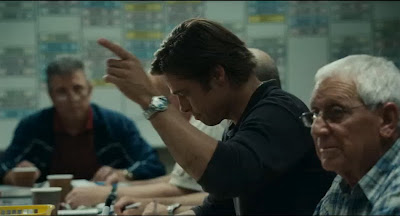 The story of Moneyball revolves around the Oakland's Athletics' General Manager Billy Beane's 2002 season and it's true story would later be collected into the novel for which the film is based upon. Beane is struggling trying to find good players after losing all his all-stars to big-money teams like the New York Yankees and the Boston Red Sox. He grows tired of constantly being dead last, and the ludicrous beliefs of the scouts don't help matters. 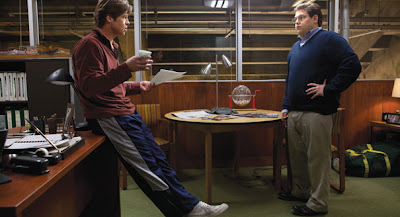 Billy stumbles upon a young man who has a different vision than the traditional scouts. He tells Billy that many players are undervalued (such as a pitcher who throws funny) and many of them could be paid top dollar by big teams but a team like Oakland As could nab them for next to nothing. Their innovative strategy is pretty nifty, and I just love the scenes where they first start formulating it. 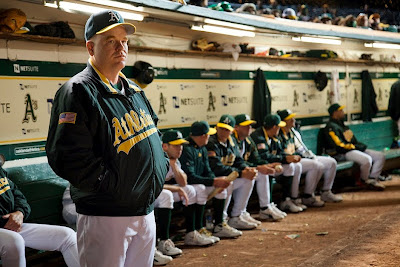 If you're not into baseball, don't worry it's more about the little guy getting a break and the unfair politics of an industry than it is the actual pastime of hitting a ball with a bat. While it didn't win Best Picture in the Oscars, it's a marvelous film with great roles by both Brad Pitt and Jonah Hill. 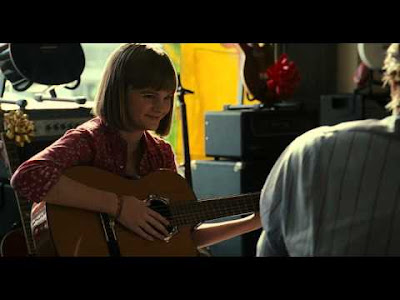 Though I do want to point out a little detail that bugs me in a silly way. There are a few scenes where Billy Beane bonds with his daughter. One of the most memorable points in the movie is when she sings him The Show by Lenka. Except that song came out in 2008, and the movie is set in 2002. Obviously the Beane family must have some kind of time machine, and it's a shame this is never explored in the movie... okay I'm just being nit-picky.

nit-picky or not, those errors in details are kind of annoying. i'm sure they pay people to pay attention to that, but they probably just didn't give a rat's, or whatever.

You should be ashamed about yourself for not watching this right away. But that is one good catch about 2008 and 2002. I loved this movie. Hollywood should be renamed to Aaron Sarokin or Chris Nolan.