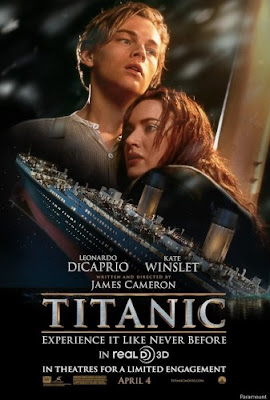 I remember when the film first came out in 1997, and it was a huge hit at the box office. Everyone was talking about it, especially all of my female friends and relatives. In retrospect this is probably the most romantic movie James Cameron has ever done in contrast with his blockbuster action movies like The Terminator and Avatar. I can't say I wanted to see it in 3D (found out I'm one of the people who literally can't see the effect), but my girlfriend loves Titanic so I was dragged along whether I liked it or not. 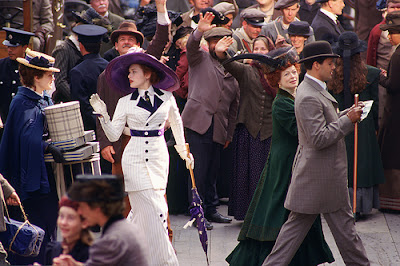 I guess it's a little different seeing it as a 23 year old vs when I was 9. I like the historical value of the film minus the fictional characters of course. I think they did a good job of moving back and forth between the modern day scenes and the re-telling of the Titanic's maiden voyage. 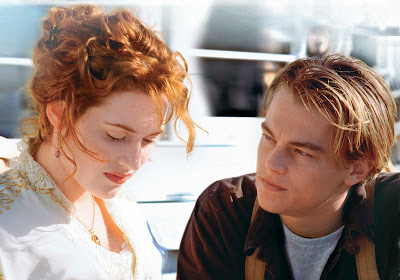 I can't really say I feel any better about the relationship between Jack and Rose. Seems about as goofy and fake as it did over a decade ago. Well at least Jack had drawing skills, and Rose had a good revenge tactic against her soon-to-be ex-fiance. 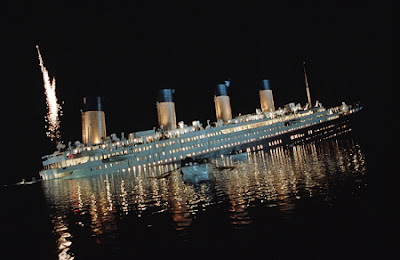 Watching the Titanic's iceberg aftermath is still pretty painful. So long, and every second you're glad you weren't along for the ride. Especially in the freezing cold water after the boat went under. But in a nutshell, if you a fan of the movie you might want to check it out, but if it didn't amaze you in 97' don't expect it to now.
Posted by Adam at 12:25 AM

I remember I liked watching tape 2 more(if you owned it on VHS of course).

Still havnt seen a single movie in 3D, dont really see how it would improve this movie much unless its to see what its really like to have an iceberg coming right for you.

Draw me like one of your french girls Adam ;o

I wasn't allowed to see it when I was little...because of the nudity. And I'm not sure if it's worth seeing in 3D, but I did have a huge crush on Leo when I was that age!

I liked the movie; however, I am not sure I would watch it again (and probably not worth the extra money to watch it in 3-D).

I think Cameron chose evergreen-faced Leonardo Caprio for this reason I guess, to rerun the movie after 12 years. That guy who dies by freezing sure has his youth face frozen.
Timeless classic. But 3D is like blah.

I'm the only one who has NEVER saw titanic?

Have to agree their relationship did seem goofy and fake.