A Look Into History: Fernando Wood 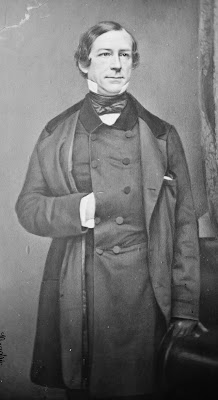 Fernando Wood was a politician who most notably served as Mayor of New York City during the Civil War. Wood oddly suggested that New York City should secede from the union and operate as a free-city. His reasoning was to have good trade relations toward the Confederacy as they relied on it's cotton production. The rest of the city council did not agree, and they stayed where they belonged. After his mayoral term, he served as a congressman in D.C.
Posted by Adam at 5:00 PM

hmm interesting.. im glad they couldn't agree on this

If they seceded then they would have had more money. New York City I suppose. It would have been rather silly, though, for a union city in a union state to secede just to have trade with the Confederacy since it would hurt trade with the Union. Good thing it didn't really go through.

I cant resist, this guy didnt try to sext his wood? ;-)