A Look Into History: John Jay 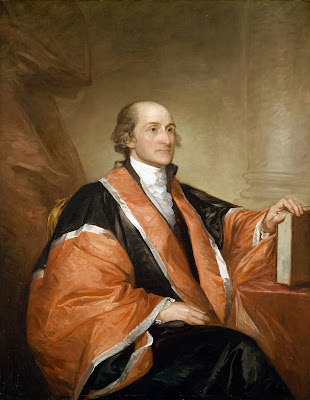 John Jay was a founding father of the United States, and a member of the Federalist Party. Jay was born to a family of wealthy merchants in the New York area. His father was a staunch supporter of the Whig party in England (which later became the Liberal Party) , and before the American Revolution, young Jay took the same beliefs as his father. When the need for revolution arose, John joined the American cause. 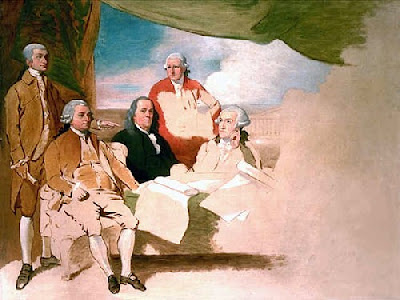 During and after the war, Jay headed many committees, and became a diplomat. When Washington became president, he was offered the role of Secretary of State, but refused. He did however accept the offer of Chief Justice of the Supreme Court, and led many of the Supreme Court's basic foundations. However his work regarding the Jay Treaty hurt his reputation among many Americans, with plenty bold enough to paint him as a traitor. 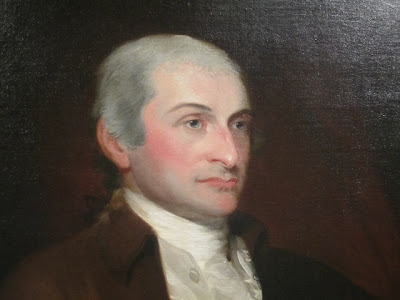 Jay eventually resigned from the Supreme Court, and became the 2nd Governor of New York. In 1799 he led a movement to free all the slaves in New York which was gradually successful. Jay was stricken with palsy in 1829, and died at the age of 83.
Posted by Adam at 7:29 PM

Neat blog ! Thanks for visiting :)

Really interesting stuff.
Too bad they made him wear an orange parachute for that first portrait, though.

sad about his palsy. hooray for jay & his movement to free the slaves! isn't movement the opposite of palsy, which means paralysis. hey, john jay sounds like a southern name, doesn't it?