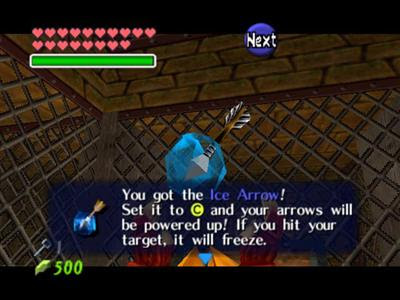 The ice arrow is an item from The Legend of Zelda series making it's first notable appearance in Ocarina of Time. Ironically, since the ice arrow came so late in the game and was only obtainable during a stupid side-quest, I actually never got it in the game. 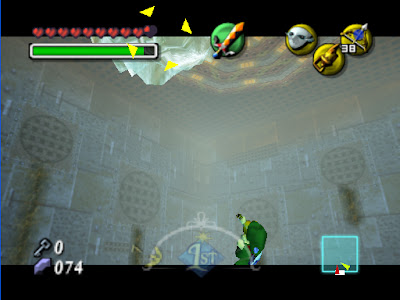 I found it far more useful in Majora's Mask though. I think you got it through the natural flow of the game, and there were far more enemies and objects to shoot at.
Posted by Adam at 9:03 AM

Never used it that I can recall much, must have been one I skipped in the side quest, never plae Majora's mas much.

yeah the only other game I think it was in was wind waker. It really shined in MM though but I think you got it in the water temple or something

I don't ever remember using these but I know I at least had them.