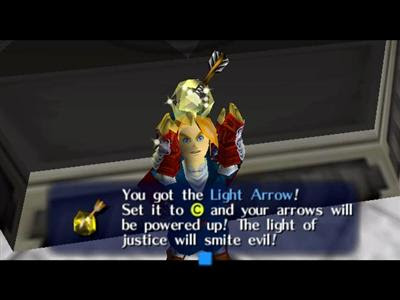 The Light Arrow is a weapon in The Legend of Zelda series. Other than the Master Sword, the light arrows were the only weapon that specifically worked against the darkest and evilest creatures. 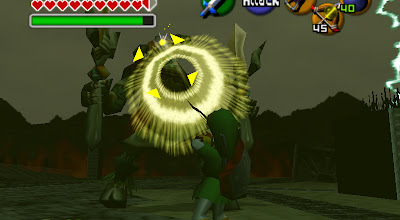 Except against bosses (like Ganon here in Ocarina of TIme) it's more a stunning weapon. 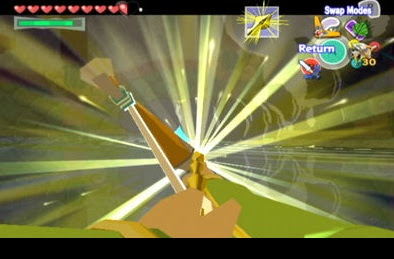 I loved the light arrows in The Wind Waker. Had such great visuals, packed more a punch, and regular enemies would have a cool visual flash during their demise. 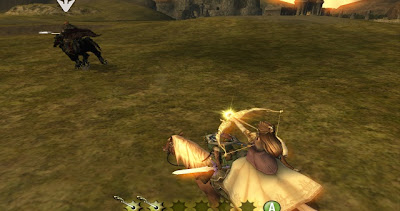 I was a little sad to see the light arrows not made available in Twilight Princess. They were given to Zelda who was a temporary side-kick in battle. 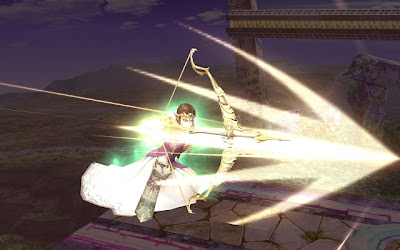 Though you do get to control her light arrows directly as a Final Smash in Super Smash Bros. Brawl.
Posted by Adam at 5:17 PM

thanks for taking me into this world of fantasy! Neat.

It was a good weapon and Brawl is pathetic anyway, so we'll forget that one haha

It was a decent weapon I guess. I referred the fire and ice ones though.

Isn't it the Light Arrow that, when you shoot a normal monster with it, you get 50 rupees?

I don't remember, and it's not every game that does that.

Never used them in Super Smash brothers but they look nice there. Only got them in Ocarina of Time.