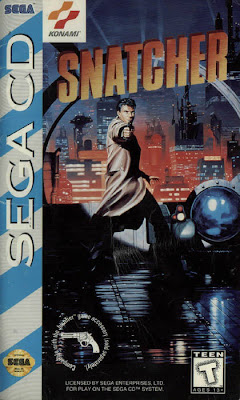 For hardcore Konami/Sega CD fans, there are few games that rival the fan-favorite Snatcher. While it was released on several systems in Japan, it only appeared on the Sega CD here in America. It was the 2nd game by Metal Gear creator Hideo Kojima, which led many Metal Gear fans seeking to play this retro gem after hearing about it. 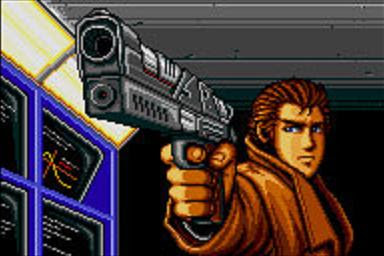 Despite the pretty slick graphics for the time, it was really an old-school adventure game. Mostly running around through text-menus and whatnot. But it was inspired by movies like Blade Runner and The Terminator.

It's main draw is the story of course, and it featured impressive cut-scenes, cast of characters, and even voice-acting. 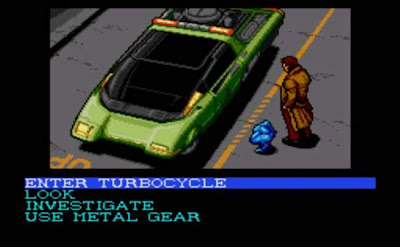 Since I've never owned a Sega CD, I never had the chance to play it myself. I'm surprised Konami hasn't tried to release it on XBLA or PSN. I do admit that the old-school adventure genre is not exactly easy to swallow these days at least by this new generation of gamers. 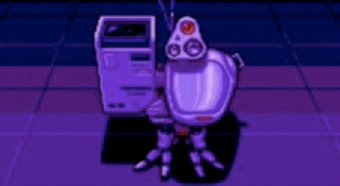 But also worth noting is that there is a Metal Gear tank in Snatcher. The Metal Gear Mk. II is your assistant in the game. Unlike his giant brothers, he's just a little bitty robot buddy. 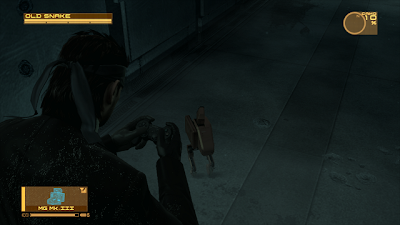 Kojima decided to bring it back in Metal Gear Solid 4: Guns of the Patriots. It provided a similar role for Snake as he did in Snatcher as a little helper.
Posted by Adam at 2:00 PM

I don't play many video games, but the idea that it's based kind of on Blade Runner is intriguing...

I remember this one! I'm feeling so nostalgic right now...!

I remember seeing it way back when, but I never played it, sounds like I missed out.

Never heard of that one but it looks fun.