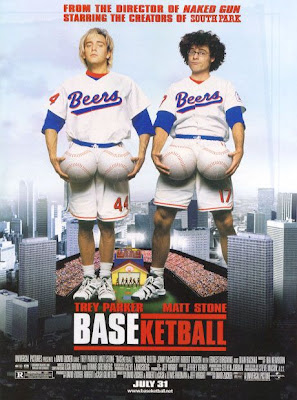 I remember when this movie came out in 1998, and the reason why people saw it was because South Park creators Trey Parker and Matt Stone were starring in their very first movie. While Parker and Stone actually did nothing more than act for the film, Baseketball has very similar humor to their outstanding TV series. I can't believe it took me well over ten years to see it. 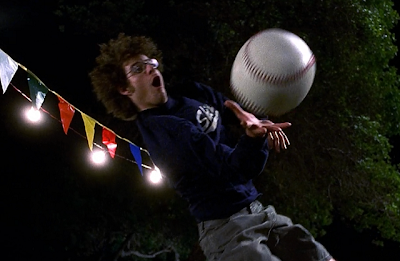 Like South Park, the movie relies on very silly plots and crude humor for entertainment. The plot starts out with two friends who create a new sport. They basically just make basketball free-throws with insults a game. It's hardly a fusion of both classic sports. 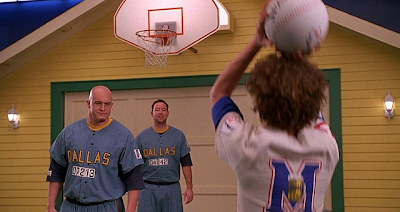 Which isn't so bad I suppose, the humor that comes out the "sport" is decent. Though I have no idea what's going on and who won what. I do love their background jokes like cheerleader squads that progressively get worse, and rival teams taking revenge on the wimpy team member Kenny. Also loved the random cameos by various celebrities and athletes. 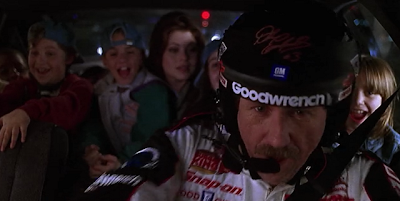 While I hear critics loathed it, I honestly enjoyed it as much as a classic South Park episode. It's not the metaphoric intellectual caviar for the comedic connoisseur's tastes, but the average Joe will find loads to laugh at. Basically the question is; do you like South Park? If not then Baseketball is not going to tickle your funny bone.
Posted by Adam at 12:00 PM

I enjoyed it when I watched it like 10 years ago, not sure I would now though, but you never know.

i still have no clue what this movie is about. however i do remember hot dogs

Dammit, I always miss out on movies from the 90s, most of them were epic

one of my fav movie.

never heard of this movie

I remember hearing this is the first known source of the word "derp". I think it was this movie at least.

I saw this movie back in 99! I'd totally forgotten it till you just said it! Now I'm gonna have to watch it again! thanks for bringing it to my attension!

I liked it and South Park! (saw the South Park movie in theaters!)