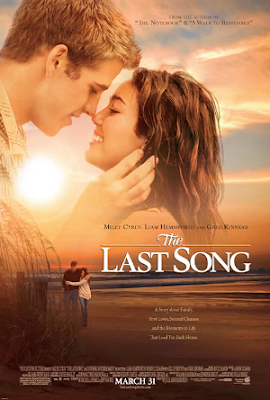 As I often say, my girlfriend often gets to pick what movie we get to watch. I was a bit surprised she picked The Last Song since the last string of movies she chose appeared first as made-for-TV movies, but this was a legitimate film. I wasn't surprised that Miley Cyrus is in this movie nor the fact that its a rather sappy romantic comedy/drama. 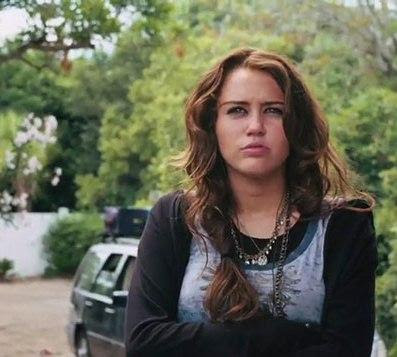 So the movie is about a young woman named Ronnie (real name Veronica Miller), who moves down to Georgia to live with her estranged dad for the summer. Because of her parents' rather cold divorce, she remains rather hostile and moody throughout the beginning. She then tries to save some sea-turtle eggs, and finally accepts a date from some guy who kept asking her out. 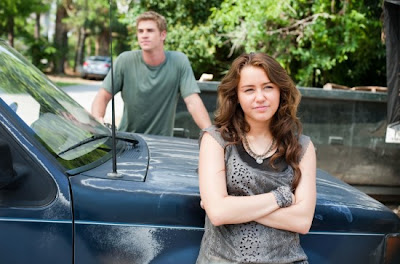 Ronnie and Will's relationship is the worst part of the movie, and since it's the central theme I guess you can already figure out how I feel about the whole film. While they're more likable towards the end of the movie, Will's unrealistic status as a good-hearted wealthy kid with some understandable personal issues sets a rather mythical bar for the younger girls who watch the film. 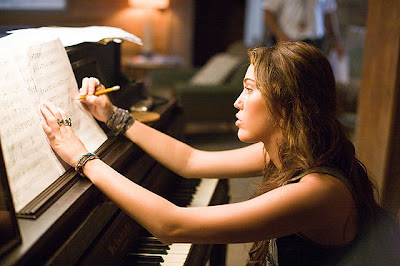 While I liked the father-daughter relationship during the parts after the sea-turtles hatched, every thing else about the film is sub-par. I was shocked that it's based on a novel written by the same author of The Notebook. I actually really liked The Notebook film and it's one of the few romantic films beloved by people you wouldn't expect to watch the genre. I can't say The Last Song is going to expand the genre's audience at all, and probably will only satisfy those who can relate to it's storyline.
Posted by Adam at 5:00 PM

Email ThisBlogThis!Share to TwitterShare to FacebookShare to Pinterest
Labels: Miley Cyrus, The notebook

I took my daughter to see this movie when it first came out. We weren't too impressed with it, either.

I liked the last song but I like Miley, or at least I use to until she became so Hollywood.

haven't read this book, nor seen the movie. well i didn't really like the notebook, but i did like the movie with mandy moore, based on his book "a walk to remember." i've read a few of his books.