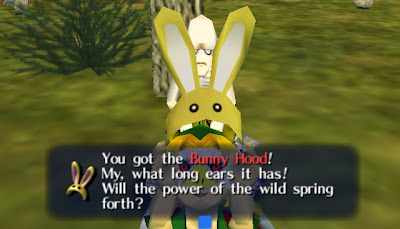 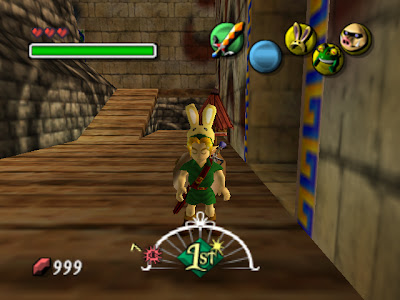 Granted your trusted horse Epona was a much faster ride across the land of Termina, but in smaller areas it was a relief.  Came in hand during some battles as well. Pretty easy to dodge attacks with it on. 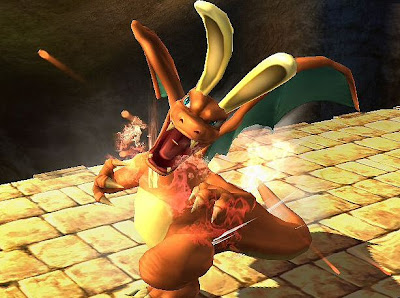 I'm also glad it's powers make a cameo in the Super Smash Bros. series. Any character can wear the bunny ears, and get the top speed.
Posted by Adam at 11:35 PM

I loved the bunny hood. I just wish it worked in OoT like it did in MM...

Yeah it's awesome in the smash series.