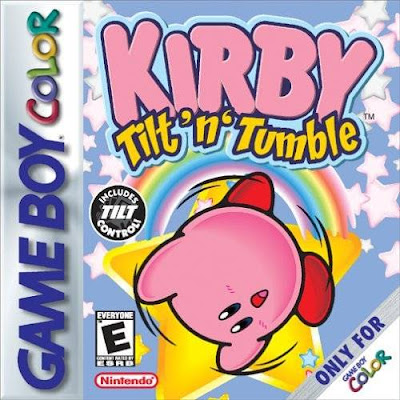 Kirby Tilt 'n' Tumble was a spin-off title released for the Gameboy Color in 2001. What makes this Kirby game stand out from the rest of the series was it's built-in motion sensor. Allowing players to tilt their GBCs to tumble Mr. Kirby. 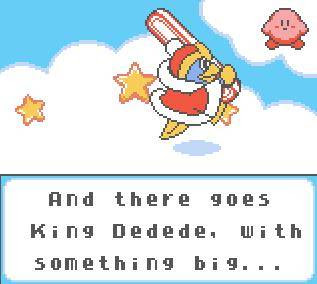 But I guess it was in the same tone with the rest of the series. I always loved the lighthearted Dreamland and Kirby. King Dedede never learns.

While I never played the game myself, I hear pretty good things. It met with decent review scores back in the early 2000's. Due to the nature of the cartridge, it's hard to play a copy these days. 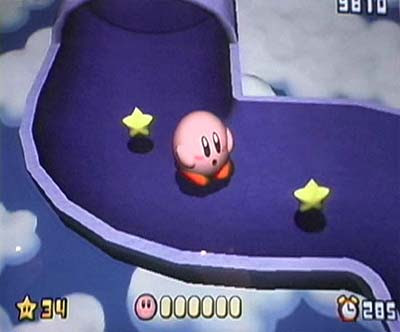 Nintendo tried to make a sequel on the Nintendo Gamecube shortly afterwards, but it was quickly cancelled. If I remember right, it was suppose to connect to a Gameboy Advance as the controller. A bit of a shame, but since the 3DS has a motion sensor the game could see a real sequel one day.
Posted by Adam at 12:00 PM

that first pic?...
thats what all the girls say when im coming in.....