A Look Into Video Games: Pichu 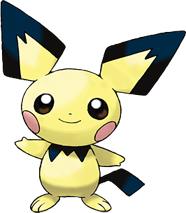 Pichu is a pokemon from the 2nd generation of games, and the pre-evolution of staple pokemon Pikachu. Pichu is okay but I know it was created as a "cuter" Pikachu for girls to obsess over. I never really understood the sense in the games; meaning that it's strange Pichu never existed in the original if it's the first form of Pikachu. Do they just hide really well when they're born? I know Professor Oak has a horrible pokedex and people skills but that's ridiculous. 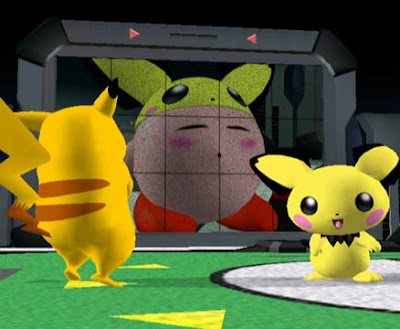 Pichu was an alright character in Super Smash Bros. Melee, but like Falco and Ganondorf; Pichu is what fans call a "clone character" where it plays pretty much the same as another character. Pichu was too close to Pikachu and I guess that's why he got the boot when Brawl came along.
Posted by Adam at 4:00 PM

Never liked Pichu much in smash at all.

i always liked the evolutions pikachu :) they're all cute! haha :D