A Look Into Video Games: Quilava 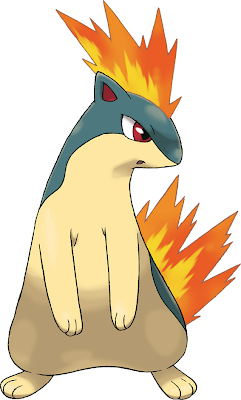 Quilava is the first evolution of the fire pokemon starter Cyndaquil in the 2nd generation of Pokemon. While I've never used him, I thought this evolution was rather lame. His final form is far more impressive. 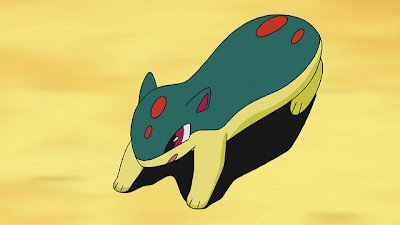 It's Japanese name is マグマラシ (Magumarashi) which is based on the English word "magma" and 山嵐(Yamaarashi) which means "porcupine".
Posted by Adam at 7:00 AM

Yeah it was pretty pathetic, again the worse of the bunch

The best of the bunch*