A Look Into Video Games: Totodile 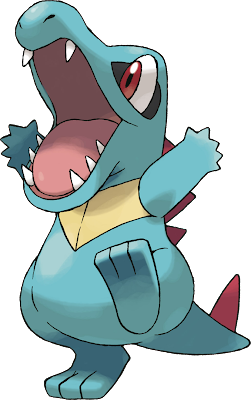 Totodile is the water-type pokemon starter from the 2nd generation of the pokemon games. I picked him as my starter in my version of Silver, and again years later in HeartGold for DS. He wasn't as cool as say Squirtle, but a cute and cuddly crocodile with strong attacks for the early stages. 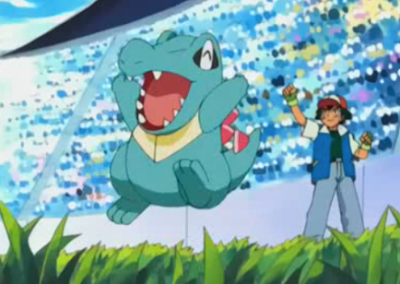 His Japanese name is ワニノコ (Waninoko) which is based on 鰐の子 (Wani no ko) which translates roughly as "kid crocodile".
Posted by Adam at 9:46 PM