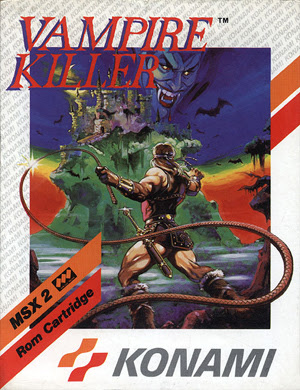 The reason was probably the platform it was developed on. Vampire Killer appeared on the MSX2 computer systems which had a wide selection of video games. For example, Metal Gear started on this system alone; not NES or PS1. I hear it had a limited release in Europe, but most Americans never heard of the system. 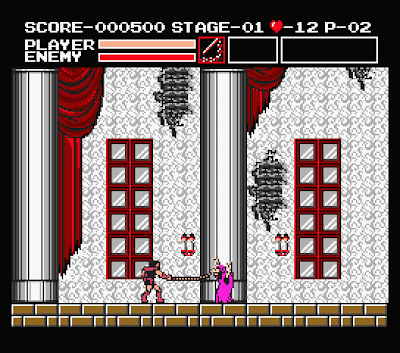 As you can see there's not much of a visual difference between Vampire Killer and Castlevania. 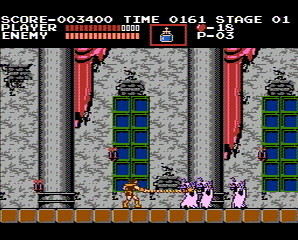 Though I would admit that Vampire Killer has the advantage in graphics.

Now Vampire Killer might look to be a remake of the original Castlevania (both games were released and developed at almost the same time) since it shares the same enviroment and enemies. It does feature some gameplay differences such as the use of items like keys. 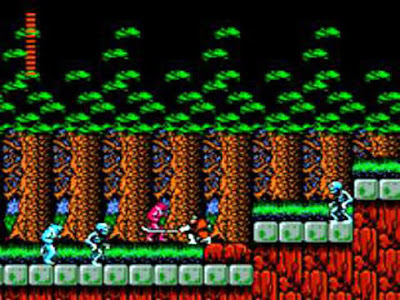 Which would later to go inspire Castlevania II: Simon's Quest. I've never played the original Vampire Killer, but I would bet that Simon's Quest is more heavily item based. 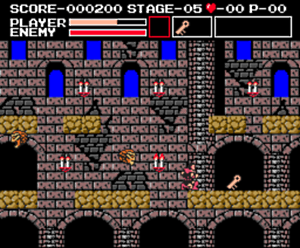 The second key difference is that Vampire Killer is an open-world type game. Many gamers have compared it to the original Metroid on NES. 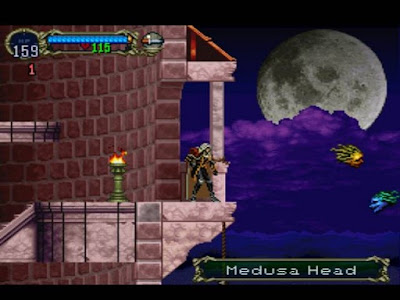 Which would later be the greatest feature in the games nicknamed "Metroidvanias" starting with Symphony of the Night on PS1. Which had been compared to the SNES' Super Metroid. 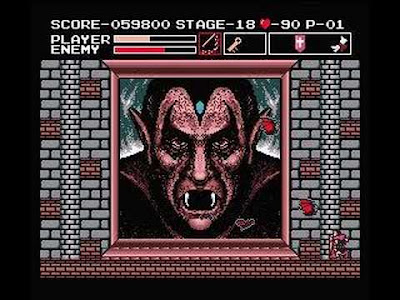 I could see why Konami didn't want to port this game on the NES due to it's similarity to the original game, but it's a shame it's never really been released outside Japan. I'm sure there are many fans who would of given it a try. It's not like the original Castlevanias had a huge language barrier either.
Posted by Adam at 11:44 AM

Email ThisBlogThis!Share to TwitterShare to FacebookShare to Pinterest
Labels: A Look Into Video Games, castlevania, castlevania 1, japan, konami, metroid, symphony of the night

Oh wow, I remember Castlevania, but I haven't thought about it in forever. Wow!!

Thanks so much for stopping by my blog:)

I'm old, and I used to love these games! When I was a kid we were pretty poor so I was stuck with the damn "intelivision" for years until we could finally save up for an NES, wow was that a cool Christmas!

crazy about Metal Gear....didn't know that.