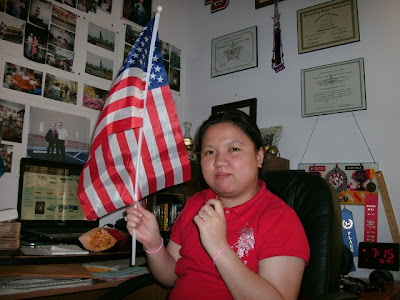 I've had a busy work-week this holiday time to say the least, but I fortunately didn't have to work the night of the 4th. So I bought a few things I needed like this American flag I bought Miss Daisy. I also had to get her McDonalds, I don't know why I agreed to that. 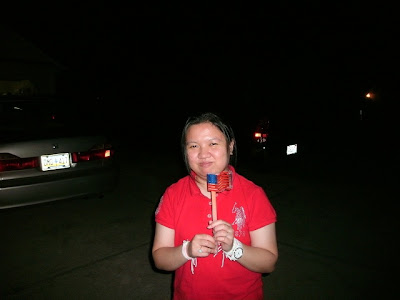 I also bought a American flag glow-stick so we could use it while we shoot fireworks. I was a little bummed that the actual flag part doesn't glow. 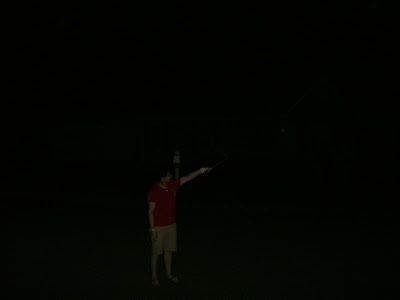 I had only bought a little bit of fireworks, thinking I could just watch Daisy's neighbor's fireworks. Well not many others in the neighborhood fired any off, and the trees around the place blocked most other's views. We at least had my favorite roman candles. 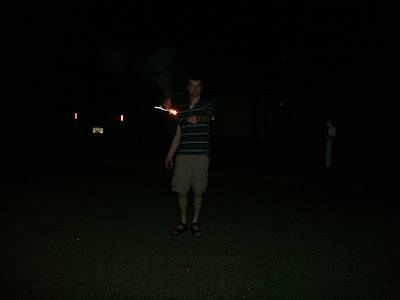 We also had a billion sparklers left over from the past 3 years. 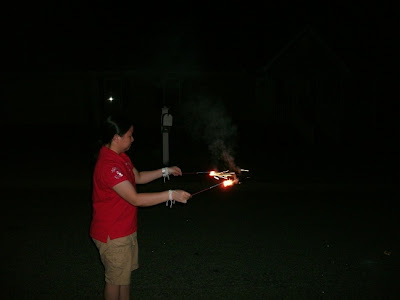 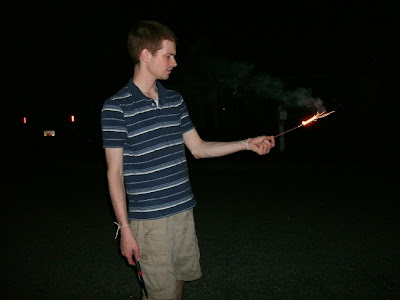 Though they are a bit weak these days. I remember having bigger and brighter ones as a kid. 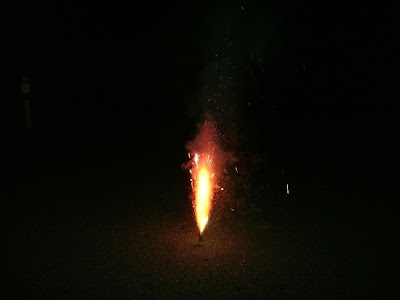 And most of other fireworks weren't that great. This is about as bright and powerful as they were. 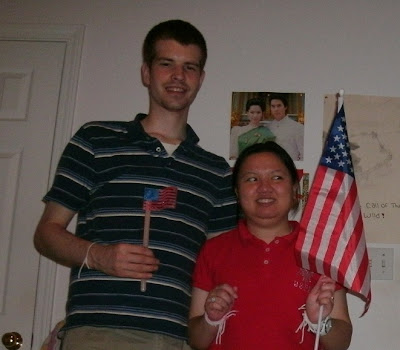 seems like the two of you had a fun holiday!

Adam sound like you both had a nice celebration!

hey our fireworks was sponsored by macdonalds, with unlimited fries. and it was awesome.
why is Daisy staring at the flag like that in the last pic? it is funny :)

you agreed to getting mcdonald's cause you love her, duh. it did make me laugh though.

I haven't set off any fireworks for years and years. Glad you both had fun though.