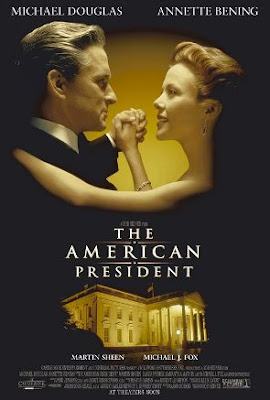 Back in 2006, I first saw The American President in my government & economics class. It was towards the end of the semester where work was practically done but school wasn't out yet. So our teacher (oddly enough his brother was a Republican state senator yet he choose a very pro-liberal film) let us watch it, but we didn't get to finish it due to time constraints. But now I've properly watched it from start to finish, and I have to say I quite enjoyed it. 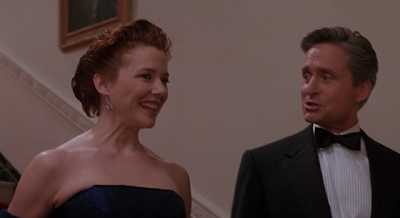 The movie is set in the final parts of the fictional Democratic president Andrew Shepherd's first term. Unlike many presidents, Shepherd was a widower with no first lady in the White House. But one day, a environmental lobbyist named Sydney Ellen Wade catches the president's eye, and he (against the logical wishes of his staff) asks her out. 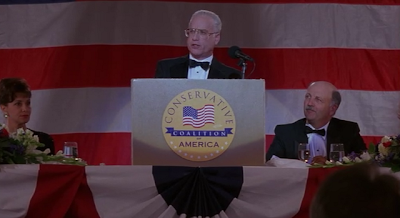 So Senate Minority Leader Bob Rumson seeks the Republican presidential nomination hoping the President's dating relationship will be his ultimate downfall in the upcoming election. Rumson rallies on social-conservative "values" to question the President's character and bring chaos to his personal life. 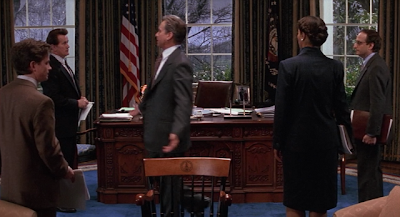 I thought the film provided a great view on the dirty side of politics. Where real issues are ignored, and cold-hearted mudslinging is in the spotlight. I also just love the concept of a single-president dating, you never see that everyday. It might be a tad boring for those outside politics, but I think it has enough class to entertain the average joe.
Posted by Adam at 10:38 PM

I loved this movie. Haven't seen it in so long...now you make me want to watch it this weekend!

Totally agree. The film provides a glimpse of what Washington life is like.