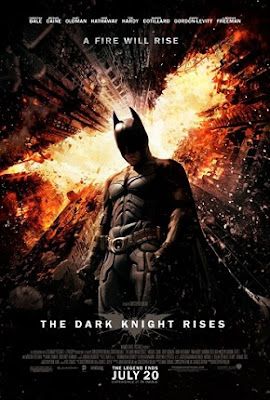 It is really hard to believe that it's been about four years since The Dark Knight in 2008. While I thought Batman Begins was a good movie, I was wowed so much more by it's successor. But a third movie is the one to caution and fear since history has told us that it's usually the one a filmmaker fumbles with such as movies like Godfather III, Spiderman 3, X-Men 3, and Pirates of the Caribbean: At World's End. A co-worker of mine saw it at the midnight premiere and said she didn't enjoy it at all, and led me to almost wait for the DVD release. However after talking to a few more friends, I decided to see it yesterday afternoon. 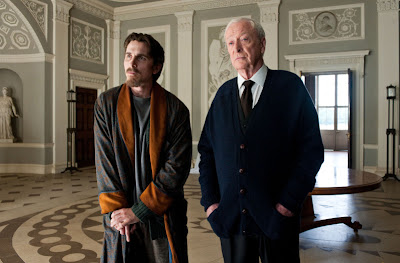 The movie is set 8 years after the death of Harvey Dent/Two Face, with Gotham a rather peaceful city, but Bruce Wayne/Batman is pretty much in retirement in both sides of his life. Bruce is still bitter over Rachel Dawes' death, and Alfred is afraid he will remain in Gotham forever and never find happiness. 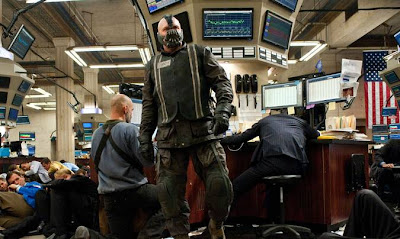 After Ra's al Ghul's and Joker's failures, Gotham found temporary peace. However a new villain named Bane has led his assault into Gotham. Instead of Joker's method of torturing the city, he is more favorable of Ra's al Ghul method about crushing Gotham City to ashes to "cleanse" the corruption there. 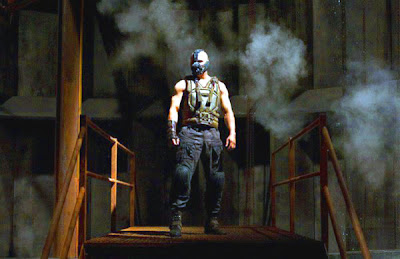 I really liked Bane more than I thought I would. I never really noticed him as a major villain in other Batman media (his 1993 debut is a good reason for that), and some depictions of Bane were laughably bad like his appearance in the film Batman & Robin. But in this movie he is strong but not invincible, clever & twisted, and quite unpredictable...well unless you read the comics. 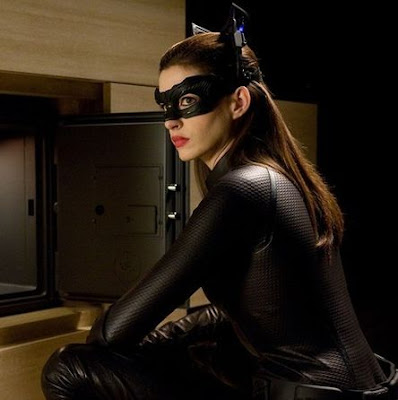 I really liked Anne Hathaway as Catwoman. Her super-self was good, but I enjoyed her Selina Kyle side even more. They enact the softer-side of Catwoman's story where she is far more a hero than she is a villain. I was also surprised on how wonderful Joseph Gordon-Levitt played the young detective John Blake who plays the role of hero midway between the styles of James Gordon and Batman. 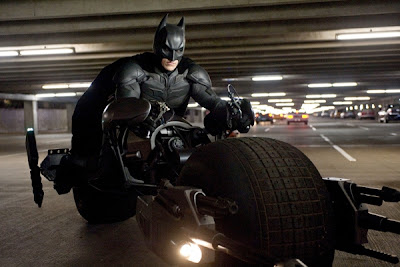 After seeing the whole movie, I'm scratching my head on how my co-worker didn't like the film. I might be more impressed since I was expecting to be let-down, but I honestly think The Dark Knight Rises rivals The Avengers greatly as my favorite film I've seen this year. Comparing The Dark Knight with The Dark Knight Rises is like picking favorites between Super Mario Bros. 3 and Super Mario World. They're both fantastic and debate between which is better is best left up to the super-fans. There's nothing to fear, Batman has "risen" to the task.
Posted by Adam at 10:00 AM

I loved it! A lot of people have been saying that they like "Dark Knight" better, but I don't really think you can compare the two because they're different story lines...one being action and one being more a mental story. Glad you enjoyed it!

If all goes well I'll be watching it tomorrow with a friend. :P

Yeah it was awesome, enjoyed it all the way through. But I'd still pick the avengers as my favorite this year, although you can't really compare the two as each are different.