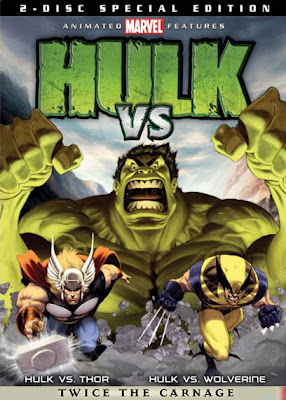 I stumbled upon Hulk Vs. with intrigue and caution. At first I thought it would be a film featuring a team of Wolverine and Thor vs The Hulk. Instead Thor and Wolverine feature their own stories against Bruce Banner's inner monster with a collection of two short films. 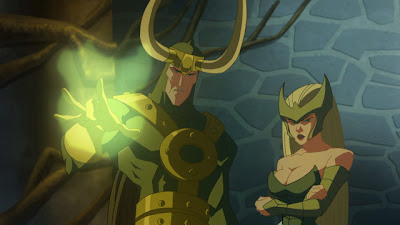 The first is Hulk Vs Thor which features a story where Bruce Banner is kidnapped by Thor's evil adopted brother Loki.  The god of mischief became aware that The Hulk was one of the few creatures who came close in the past to ending his hated brother's life. So (with the help of a witch) he then splits Bruce Banner from his Hulk ego and uses Hulk's body like a puppet. 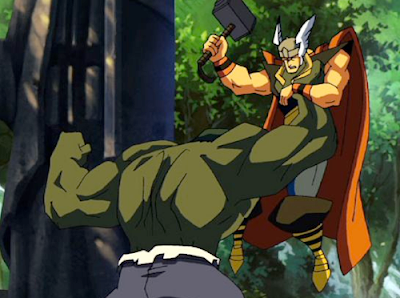 This story (due to Hulk losing Banner's kinder self) features The Hulk as more of a mindless killing machine than he is as a misunderstood hero. I still find it funny that the Norse god of thunder is kinda weak in this version. I liked how they were both at a comparable strength in the 2012 The Avengers movie. 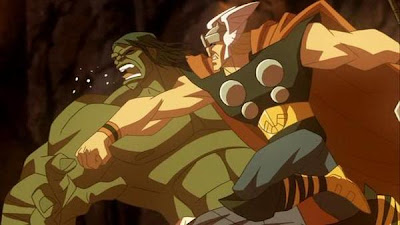 But it was a great plot with team work and lot of original tales most Marvel fans haven't seen yet. Thor and Asgard don't get as much coverage as Spiderman, X-Men, or even The Hulk. 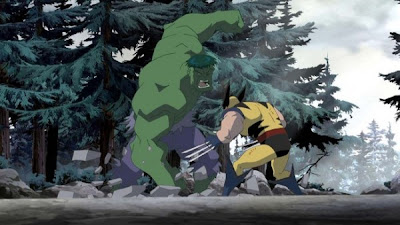 The next half is Hulk Vs Wolverine which Wolverine is recruited to go into Canada (for those who don't know Wolverine is Canadian) and investigate a rampage of a small town. Wolverine finds a man sobbing in the woods hours later, and after violently interrogating him, he finds out that he's Bruce Banner who's now turned into The Hulk. 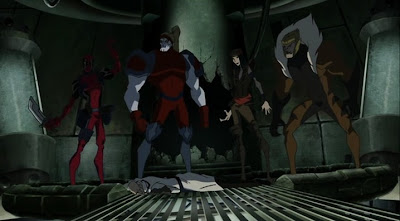 This story features The Hulk as a kindler hero, where the rampage was actually caused by Team X who are comprised of; Deadpool, Lady Deathstrike, Omega Red, and Sabretooth. The town was destroyed in an attempt by Team X to capture The Hulk, and Hulk managed to save some citizens before fleeing. 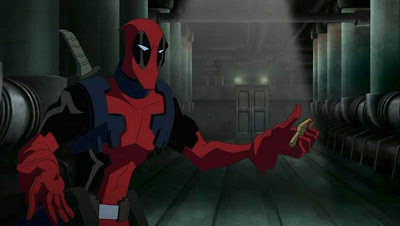 I enjoyed this story a good bit better than Thor's battle against The Hulk. I liked how The Hulk was not exactly an invincible foe, but could be defeated given the right tools and circumstances. I also loved how funny Deadpool was in the film. Overall it's pretty awesome package, and a joy to watch.
Posted by Adam at 2:30 PM

Most random game ever!

Oh, I remember those movies! They were pretty good :)

yes! love these movies, bought the dvd with both of em' from Suncoast before it went out of business!

I really enjoyed this review!

I completely agree with you about how funny Deadpool was! I love his comics, and the guy doing his voice pretty much did it the way I always heard it in my head, which was neat! He stole the show for me!

I also thought the Wolverine story was better, despite being a huge fan of all things Asgard! Like you said, Hulk seemed almost TOO unstoppable, and Thor seemed a little too weak for my liking.

Still, I own this set, and I thought both films were enjoyable!