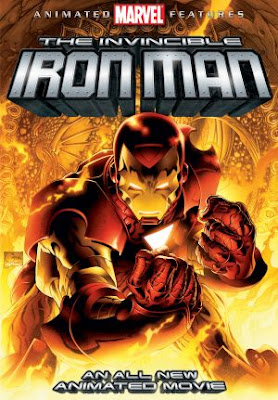 Before the 2008 live-action movie Iron Man wowed theaters, Marvel crafted an animated feature film just a year before. I think I passed by it on the shelf quite a few times without giving it much thought for years. But since I'm in a Marvel mood, I decided to give it a watch. 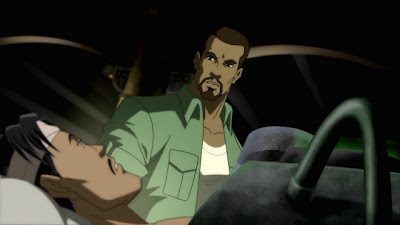 The movie is a good bit different than it's live-action counterpart. While the other movie had an origin story set in the middle-east (fitting today's politics), this movie is a bit truer to the comics where Iron Man starts his super-hero career in China. 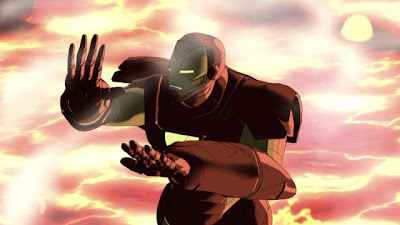 The story has a theme of magic vs. technology with Iron Man fighting ancient mystic warriors who seek to revive their deceased leader, The Mandarin. Iron Man must also deal with SHIELD agents who seek his arrest, and skeptical resistance of his value from the board of directors of Stark Enterprises. 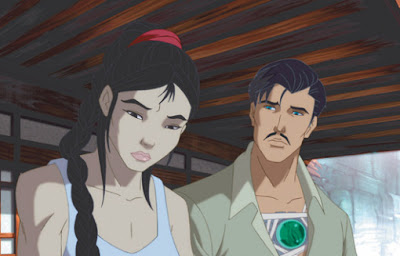 While the films features decent animation (including it's sorta 3D look in battle) and a promising storyline; it could have been so much more. It seems the writers had a decent plot planned down but a lack of a real antagonist and a slow origin story really dilutes it's value. It might not be "iron" quality but it's at least "bronze".
Posted by Adam at 9:00 PM

I have to see this.

I never seen it sounds good!