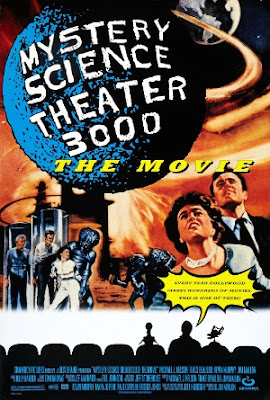 As a kid, I watched a good bit of Mystery Science Theater 3000, but it's been at least a good decade since I've seen the show.  I actually had no idea they made a movie until I stumbled upon it. I guess a movie about watching old movies is not exactly the easiest idea to sell. 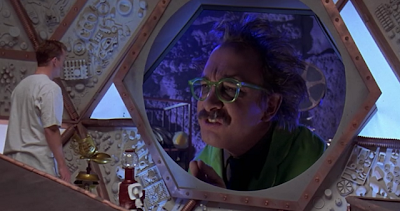 But it's bascially is the same as the TV show, with Mike Nelson (along with his robot pals) trapped in space and forced to watch bad movies by a mad scientist with awkward evil ideas. Apparently if he can make Mike crazy, the world will bow down to him. Okay good luck with that. 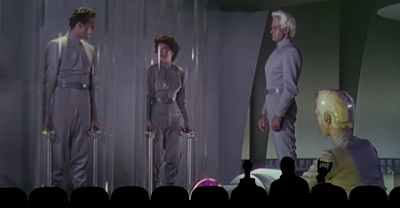 So Mike and crew are forced to watch This Island Earth, an old movie from 1955. It's an old cheesy film about aliens. The first half of the movie is rather dull, but as the actual film got more ridiculous the jokes from the Mystery Science crew are pretty funny. 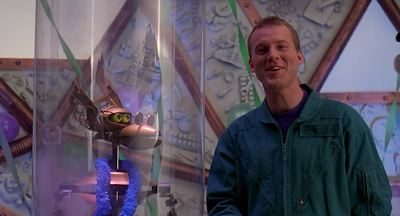 But other than better production values, it's really no more than just another episode of Mystery Science Theater 3000. Which isn't bad, I don't think they could have gotten away with a movie based on their fictional lives in detail. I enjoyed it, but I doubt I would have rushed to see it in the theater in 1996 since it basically is just another episode.
Posted by Adam at 9:50 PM

Mystery Science Theater 3000 is at the center of a few of my own fond childhood memories. The crew recently went on tour giving live performances. They were interviewed on Countdown about the live shows. As always with Olbermann delivers an intriguing interview. Here's a link to the interview on youtube: http://www.youtube.com/watch?v=pQMehbotX8E

When I say "recently," I mean it was a couple years ago.