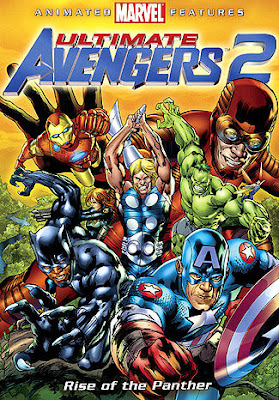 Since I'm in a very Marvel mode lately, I've been watching a lot of stuff related to The Avengers team. And when I see stuff with the true superhero squad, I just have to give it a try. I liked the first Ultimate Avengers though it wasn't anything spectacular, so there was no reason not to give Ultimate Avengers 2 a try. 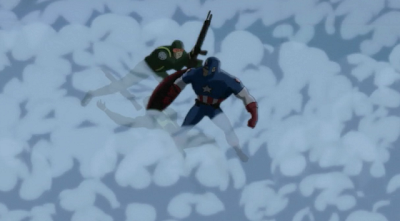 The film takes place shortly after it's predecessor (in real life it was released only months after the original too) with the team coping with the real world and other problems after the defeat of the alien menace that tried to plague the Earth with destruction. Captain America especially has a hard time fitting back into the real world after being frozen in ice for decades. 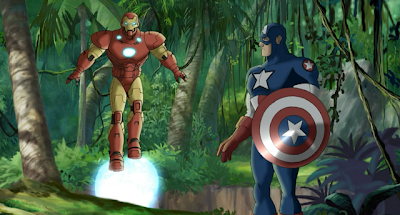 But their personal problems are forgotten when their once-defeated alien goons come back for some more fun. This time the aliens are after a secret kept in the tiny (and fictional) African nation of Wakanda which is home to Marvel's Black Panther. The Avengers seek to help out Panther and his people despite their grudges against outsiders in an effort to defend the nation and save the world.

I think with the origin stories out of the way, I liked Ultimate Avengers 2 a lot more than the first one. With a more original plot, there was a bunch of points where I couldn't tell what would happen. With a little unpredictability mixed with lots of action made it a great animated film for any Marvel fan.
Posted by Adam at 11:00 PM

These movies were fun. I've enjoyed most of the Marvel stuff on Netflix instant. I just really wish they would get more of the DC animated stuff on there

Yeah this one was better than the first, really enjoyed it. Wish Marvel would make more animated ones like this and not those stupid stop motion comic things.