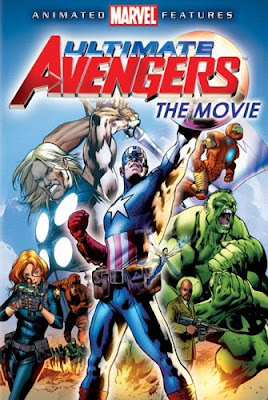 After being more than satisfied with the recent Avengers-related live-action films has sparked my interest in Marvel Comics. When I noticed Ultimate Avengers, I just had to give it a try. I loved the new 2012 film, so I was more than intrigued to watch another version of Marvel's superteam. 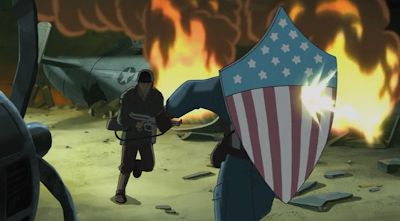 While the recent major blockbusters focuses on the more popular Avengers, they do include two Avengers who actually also founded the team in the comics; Wasp and Giant-Man. The origin story is a mixed up a bit though, focusing on Captain America being a founding member instead of his revival being the team's first major feat. Also Thor's brother Loki (who's plot caused the formation of team) is absent, but the film's villain is actually a race of aliens seeking to destroy the Earth. 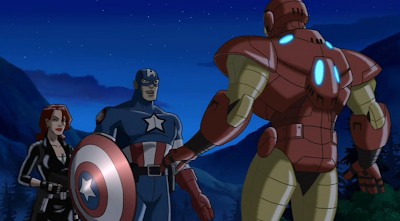 So Nick Fury calls up the first formation of The Avengers, with Captain America as their de-facto leader. This group of Avengers, aren't as amazing as their silver-screen counterparts. I was really disappointed that Iron Man was so weak, and that Thor makes small cameos. Ironically I thought this was one of the best depictions for Captain America, and especially the Hulk as a mindless and unstoppable monster. 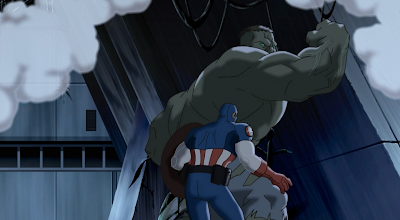 But it's got decent action, with a fast-flowing plot. It can't hold a candle to 2012's big hit, but it's a worthy movie for Marvel's animated features. Marvel fans can expect a good time-waster, but it's not going to blow you away.
Posted by Adam at 10:15 PM

Never even knew this existed.....

I fell asleep halfway through the Avenger's movie :( but I did enjoy it! The first half that is! I'll have to re-watch it zzz.
I didn't know that there's a cartoon movie either!