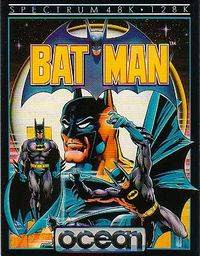 While many comic and movie franchises were trying out the whole "video game" craze in the 70's and early 80's, it would be until 1986 that the Dark Knight himself got his own virtual adventure. While many would've guessed Batman on NES as his first adventure, instead another title also named Batman first graced digital media via the computer market on the Amstrad CPC, ZX Spectrum, and the MSX platforms. 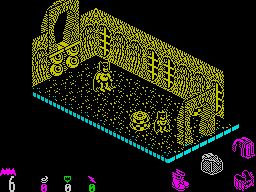 The game featured isometric game-play as Batman wondered the Batcave searching for pieces of Bat-hovercraft to rescue Robin with.While the game featured rather crummy graphics by today's standards, it was one of the first games where a player could restart at a check-point rather than going all the way back to the start. 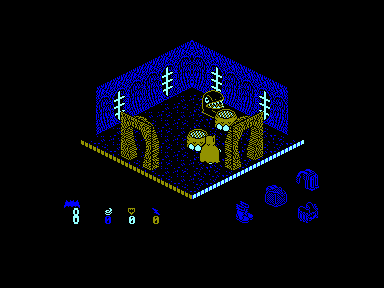 While most franchise's first video game adaptations are often disappointing, it was apparently very well received at the time. But due to the nature of the platforms it released on, most gamers never heard of it. Don't expect this title to be dug out of the Batcave and released on Xbox Live Arcade or PSN anytime soon. I don't think I'd give it a try unless they priced it fairly, or if they gave it a proper remake.
Posted by Adam at 9:06 PM

Email ThisBlogThis!Share to TwitterShare to FacebookShare to Pinterest
Labels: A Look Into Video Games, batman, DC

I like batman and I'd love to try this game!
Xx
http://www.dontcallmefashionblogger.com/

I love the old batman; the batman comics!