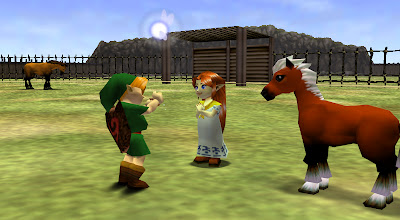 Epona is Link's beloved horse from The Legend of Zelda series. She makes her first appearance in Ocarina of Time where Malon raises her from the day she was born. Epona doesn't like strangers, except Link. 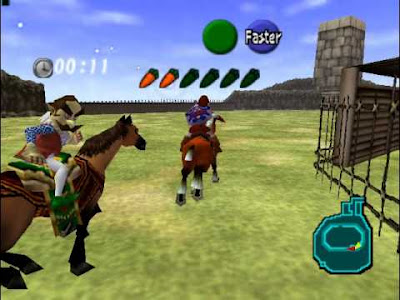 So when you reach adulthood, you find out that Epona in the future is imprisoned by Ingo who was given control of the Lon Lon Ranch by Ganondorf. Link can challenge him to a horse race to win Epona, but if you win Ingo decides that he'll keep her anyway. So you awesomely jump over the gate into Hyrule field to freedom. That might of been my favorite moment of the game. 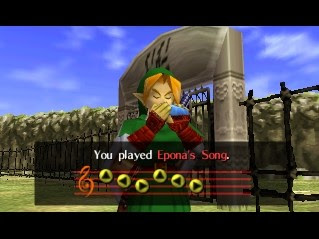 After you get Epona, all you have to do is play Epona's song and she'll come very shortly. 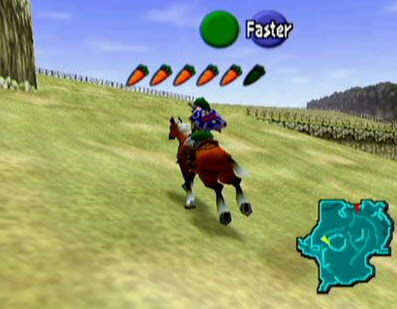 You got to love the loyalty in a horse like that. 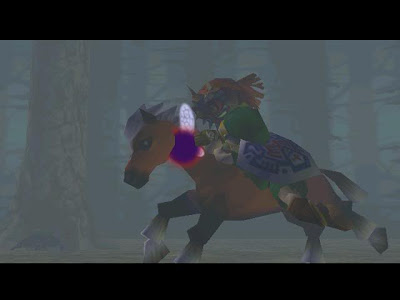 In Majora's Mask, Epona carries Link to Termina. However Skull Kid ambushes Link and steals her. Which really bites, I wanted my pony back. 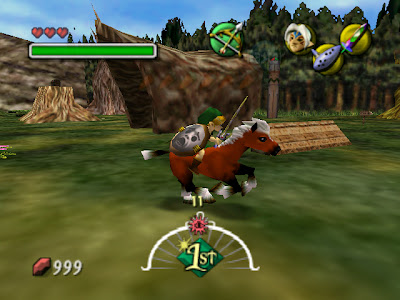 You eventually have to find her locked up at a new ranch and win her back. And then thankfully she's yours forever. 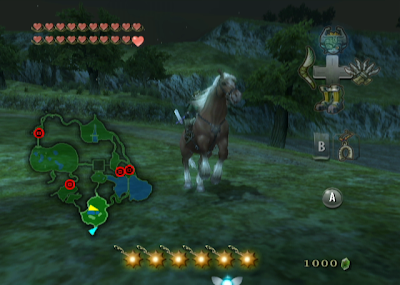 A new Epona appears in Twilight Princess (as there are multiple Links during the series timeline) who is as trusty as the Hero of Time's horse. Except much easier to obtain, and you can actually sword fight while riding. Which was pretty sweet.
Posted by Adam at 12:00 PM

That Epona seems like a pretty cool horse. I could achieve many heroic acts of valor with a horse like that.

This series is so popular, ridiculously popular!

zelda on a horse, is this legit?

Sadly all I can think about when I see that horse is how delicious it must taste. ._.

What makes you say that?