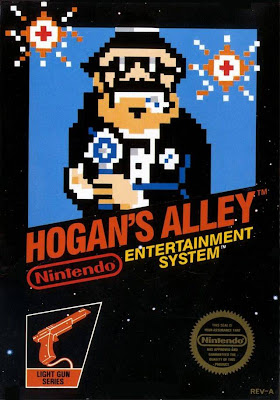 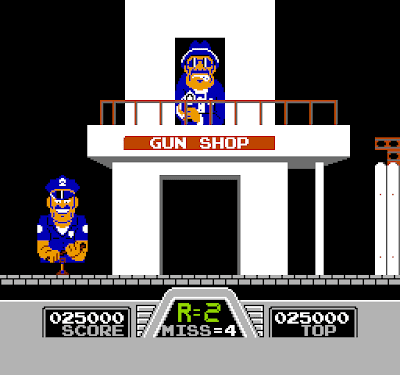 The game was a bit of simulation of what a police officer shooting course would be like. Areas filled with card-board bad guys and good guys. My favorite as a kid was shoot the can. 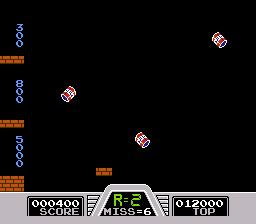 But it's been ages since I played mine, and most of my memories are very blurry. I wish Nintendo would relase the game on Virtual Console or something but since the system lacks a light-gun (the Wii-Mote Pointer isn't the same thing I'm afraid) I don't think I'll be counting on it.
Posted by Adam at 12:00 PM

Email ThisBlogThis!Share to TwitterShare to FacebookShare to Pinterest
Labels: A Look Into Video Games, NES, Nintendo

I forgot all about this one, I think I played it about a dozen or so times, I preferred duck hunt.

I remember a similar game on the Amiga to Hogans Alley called Prohibition where you shot gangsters who popped up in doorways and windows.

Never played this but I doubt I would have been any good. I sucked enough as it was with Duck Hunt.