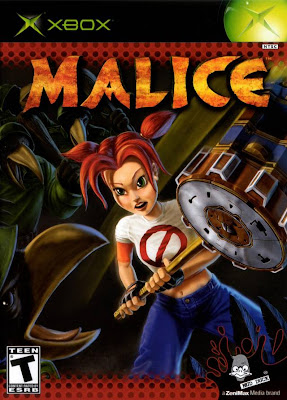 While it was originally suppose to be a PS1 game, Malice gained some hype by becoming one of the first revealed games for the original Xbox. It was originally suppose to be a launch game for the system, however development issues pushed the game far-back. Malice was finally released in 2004 on both Xbox and PS2. The results weren't as promising as the original screenshots had given hope. 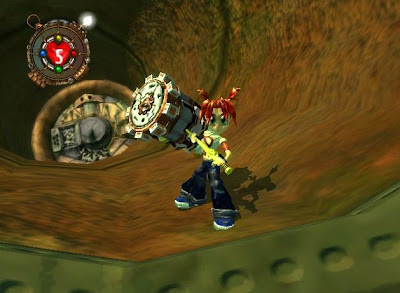 When it's final-form was playable, it did look 3 years stuck in the past. This might of been cutting-edge if it was on the Sega Dreamcast, but it certainly could not contend with Halo 2 or The Legend of Zelda: The Wind Waker in the graphics department. 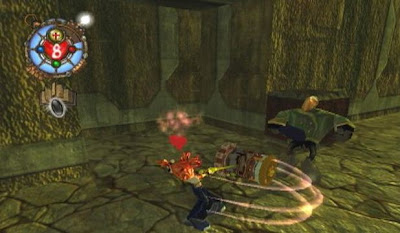 The actual game-play was a mix of platformer meets action. While the video game press originally gave Malice a lot of coverage back in 2001, few publications had a soft spot in their heart for this underdeveloped game which received mostly negative reviews. The game failed to sell well, and it's developer shut it's doors for good. Given the chance to play Malice, I would pass on it because it didn't look good in 2004 and it certainly looks even worse now in 2012.
Posted by Adam at 5:03 PM

Email ThisBlogThis!Share to TwitterShare to FacebookShare to Pinterest
Labels: A Look Into Video Games, PS2, Xbox

Wow, they really have to make a female version of every thing now don't they. It's a changing world

Never heard of this game! Waiting for one that will make me reminisce

I can see why the game failed to sell lol, the background looks kinda dull :/
_________
I love Goosebumps and the Haunted Mask was one of the best books. The movie was pretty scary too.

My lilttle brother and I actually loved Malice.It brings back memories just talking about it. :)

While Malice does have some flaws, I still think it's an interesting enough game, that doesn't get enough respect! I think, if done properly, they could make a new Malice game and make it very exciting to play!

Why is that a big deal to you? Like so, it's good to see more female role models, have you not realized the world is sexist and caters to straight men?
Besides, Malice was created back in 2004, so complaining is pointless, the game was made over 10 years ago!