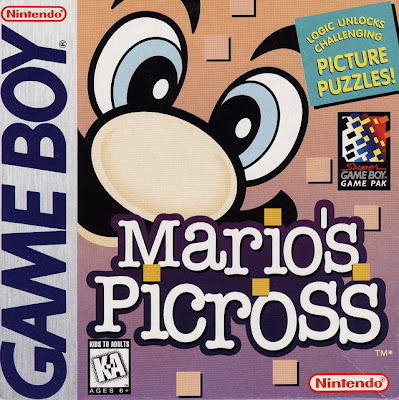 While Nintendo didn't invent Picross exactly (their version of nonogram puzzles) it wasn't until 1995 that they started their Picross series. Obviously the idea of Picross alone isn't enough to draw people in, so they used Mario as the star. 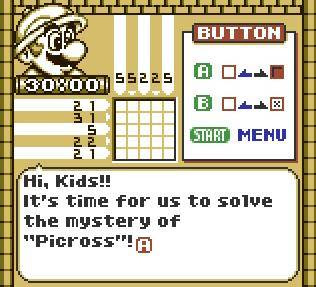 Picross is a bit of a strange type of puzzle. Imagine sudoku meets black-and-white drawings. The point is to figure out which parts of the grid makes the puzzle, and you are penalized on time and accuracy. I tried a little Picross myself, and it's pretty hard. 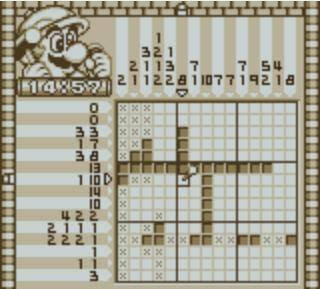 While it did pretty well in Japan, it tanked hard here in America and in Europe. Thus the first string of sequels never made it outside Japan. That was until Picross DS changed everything. But for the fans of that recent addition; it was a very hard find to get the rest of the series.
Posted by Adam at 9:59 PM

I can't make sense of this game at all. No wonder it tanked hard here.