A Look Into Video Games: Princess Zelda (Ocarina of Time)

The 4th incarnation of Zelda appeared in The Legend of Zelda: Ocarina of Time. My personal favorite Princess Zelda of the series. 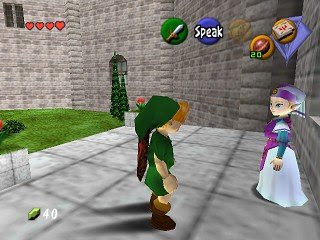 You first meet her when both her and Link are children. Link manages to sneak into the royal castle, and she lets him in on information about Ganondorf. Who at the time, was pretending to be an ally of the King. 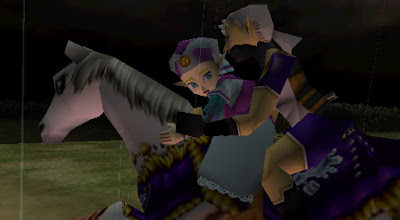 But then Ganondorf reveals his true colors, but the young princess manages to escape with help from Impa. 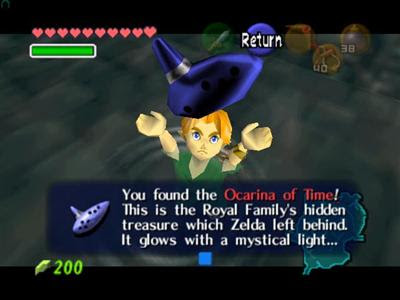 She manages to throw you the legendary Ocarina of Time. Which allows Link to bypass certain magical defenses and passages. Also plays some sweet songs. 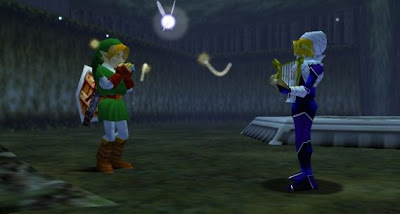 I didn't know Zelda became Sheik during my first run, but I knew he wasn't male. So the shock wasn't exactly impressive. 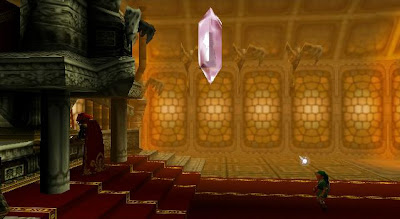 So as soon as she reveals her true identity, Ganondorf manages to remotely capture her with a crystal... Seriously? Why not use it on Link? Well whatever I love that scene regardless. 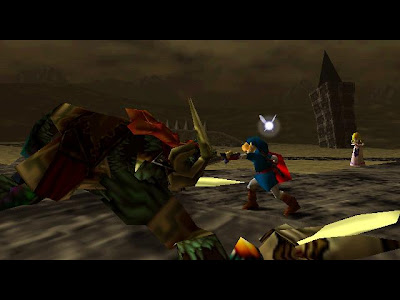 She also becomes a sorta-helper for the first time when she aids Link from the side-lines in his battle against Ganon. 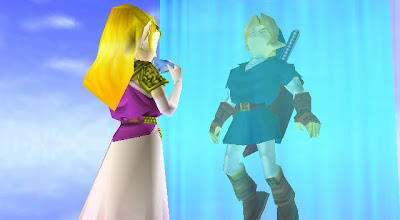 I was actually pretty sad when Ganon was defeated since she sends Link back to the past to live the rest of his life. 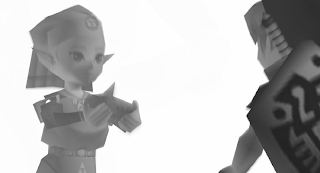 It's a shame her past-self doesn't make a real appearance in Majora's Mask. Except in a "memory"...
Posted by Adam at 10:04 PM

This! This right here. Everything about it is so beautiful.

He captured her instead of link to unite the three parts of the triforce so that he could rule the world. he knew that link would chase after her so that's why.