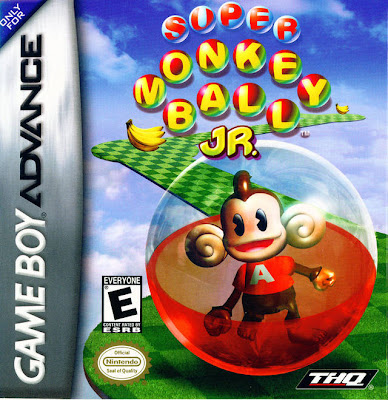 In 2002, Sega and THQ came out with Super Monkey Ball Jr., the first portable game in the series. I was a big fan of the first two games on Gamecube, but I never got to play it myself. 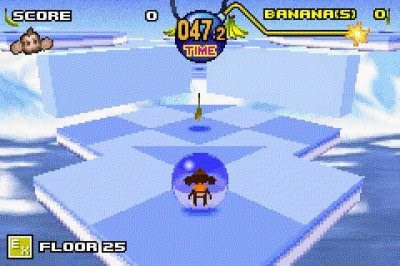 But I have admit, for the Gameboy Advance's limitations the graphics are pretty good. Especially the pseudo-3D look. The game featured the same game-play as the original. Moving the monkey ball towards the target goal without falling off the map. 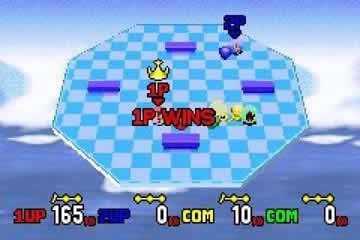 That could have been enough, but they also added multiplayer modes as well. I loved the mini-games they included in the series, and I'm sure these were fun. 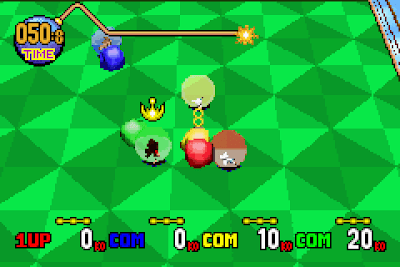 My brother had a copy, and he liked it. The only bad things I hear is that the D-pad is a bit awkward when trying to control the monkey ball.
Posted by Adam at 11:52 PM

I couldn't stand this game Didn't have the coordination needed to play it.

I never really liked this franchise