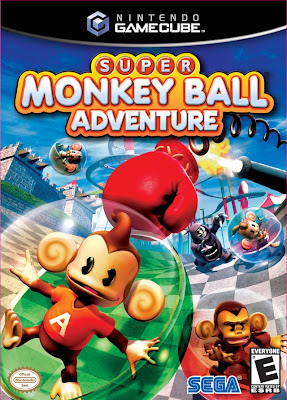 Super Monkey Ball Adventure was Sega's 3rd console entry to the series in 2006 on PS2 and Gamecube with an addition release for PSP. While the series was gaining decent popularity, Sega decided to hand the project off to Traveler's Tales which was quite the mistake. 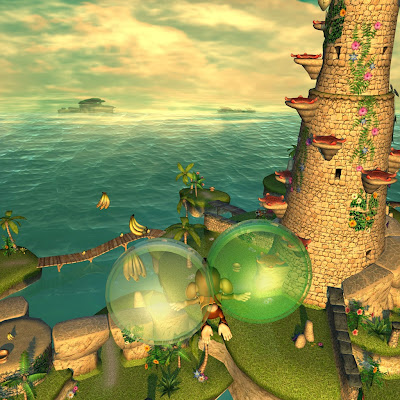 While the rest of the series were collections of 3D puzzle stages of guiding your ball through the stage and through the goal post; instead you were given a more open world in this sequel. Which made up for most of the game's story mode. The series's popular mini-games did have a role, but apparently not as large as before. 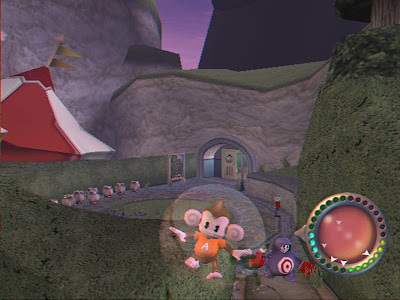 The game received mostly negative reviews, and those rants prevented me from buying the game to this day. I first thought that maybe this was the black sheep of the series, but after this Sega never seem to gain their thunder back. Oh well, I still have my memories.
Posted by Adam at 10:04 AM

Wasn't aware that Sega produced for those formats. Now the Sega GENESIS, I know TONS about....

Do you actually like the old game consoles or you just enjoy making blogs about them? Just curios lol.

Sounds like a really boring game man. I can't stand games where you float around doing nothing

have never herad of this one

I remember this game being advertised but never got to play it.