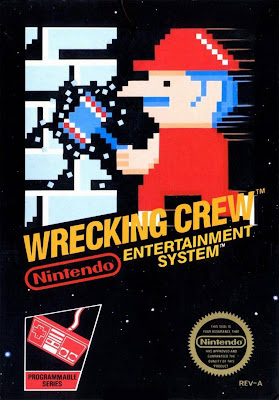 It didn't take Nintendo long to use Mario's popularity to crank out all kind of spin-off games. While Mario and Luigi were suppose to plumbers, they apparently switch careers (I guess turtle-hating adventures is volunteer work) to the demolition team. Or maybe there just awful plumbers. 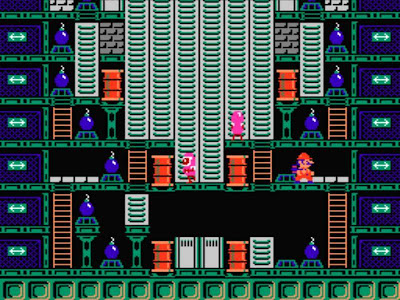 Wrecking Crew might be an NES game, but it does have an arcade-like feel similar to the titles Nintendo made in the early 80's. Your goal is pretty much to destroy as much stuff as you can with your hammer and gain as many points you can for the high score. The trick is that if you destroy the wrong thing too early (like a ladder to a high area) then all hope is lost. 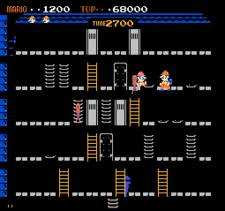 Nintendo also included a 2 player mode and a "design" mode where you could create your own stages. While it never received many follow-ups (besides a Japanese-only Super Famicom game) Wrecking Crew remained a fan-favorite for many NES gamers. I've never played it myself, I had a copy awhile back but it was busted and didn't work. It seems like a decent video game, so I was rather disappointed I couldn't play it.
Posted by Adam at 9:31 PM

I love Mario, it's a really fun game! Wrecking crew seems like another fun game to try.

Oh Adam, have you heard of the new BASI network?

Play your part, join us and worldwide bloggers to take a stand against social injustices! You can join the Bloggers Against Social Injustice network today & help us make a difference for those whose voices are not being heard! There are different events BASI hosts to help educate and fund change to help end atrocities like sex trafficking (AKA slavery!) but to really turn heads, we need your help!

I really hope to see you there.It's just a click away and you can make this world a better place.

Why does this look so familiar. The problem (not really) is that I have played so many games in my life, it's impossible to remember them all.