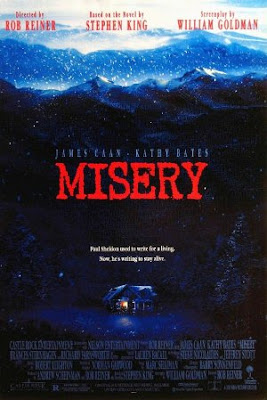 I've heard of the film adaptation of Stephen King's Misery for years now. Since Kathy Bates won so much critical appeal for her role as Annie Wilkes, it's hard for any mention of the actress not to revert back to this movie.  I've never disliked any work by Stephen King so far, so it was an easy pick on my movie list. 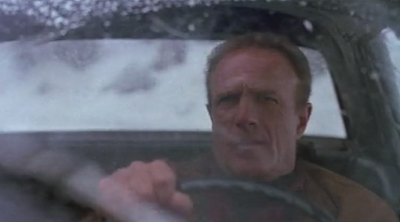 The film is about an aging author Paul Sheldon, who's grown tired of writing his long-running book series Misery. After writing a new book, he drives out in the snow, and wrecks on the side of the road. With things looking very grim, he is saved in the middle of the storm by a lady who witnessed the accident. 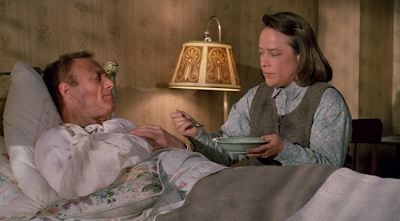 Who turns out to be Annie Wilkes, a former nurse and the self-proclaimed biggest fan of Sheldon's work. She nurses Sheldon slowly back to the health as a kind but creepy caretaker. However Annie picks up a copy of Sheldon's newest Misery book at the store, and turns sadistic and cruel after she learns that her favorite character Misery had been killed off and the series ended. 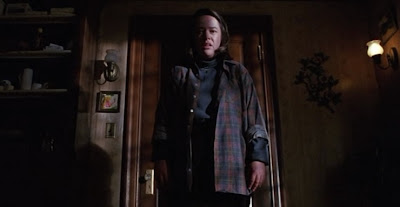 James Caan and Annie Wilkes played fantastic roles in a movie that's a little hard to watch, but in a good way. The film's title pretty much sums up how you'll feel about Paul Sheldon's stay at the Wilkes farm. While I don't think it's the best movie based on King's best work, but I do think it's worth the praise it received over 20 years ago.
Posted by Adam at 8:47 PM

Yeah it is surely worth a watch and holds up quite well, wouldn't want to get stuck with such a loon.

I'm not a Stephen King fan, talented as he is, just too scary!

Kathy bates was a terrific misery!

I wonder what tone the story would have taken if instead of Kathy Bates it was a super hot chick...

Whoa, my friends and I just all watched this for the first time like a week ago. That's so weird... Also that chick was so crazy. Good ending. I just wish the sheriff didn't die...

Kathy Bates is always amazing (if we don't count that scene from ABOUT SCHMIDT:)