Things I Like: Harry Potter and the Half-Blood Prince (2009 Film) 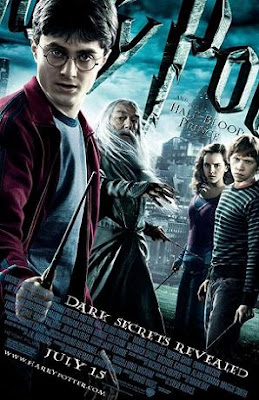 By the time my girlfriend introduced me to the series, this was the latest movie available. Luckily it was on DVD by the time we got finished with the first five films. I read the book later on and loved it even more. 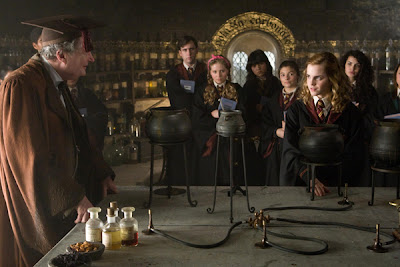 Half-Blood Prince is a very unique chapter of Harry Potter. Not as much action, but lots of story. Like more backstories, and class-room workings. Like more info on potions class with Professor Slughorn. 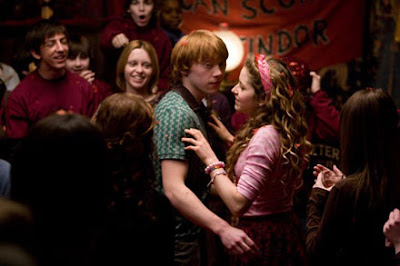 And the characters had grown up so much. Ron even got himself a girlfriend. Though the product of a love potion.

That fight between Draco and Harry in the bathroom is pretty intense compared to their classroom match in the 2nd film. 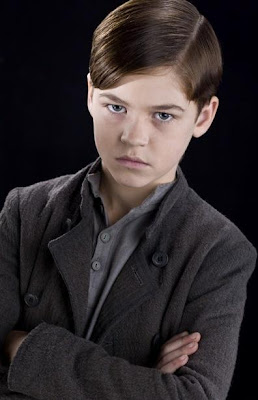 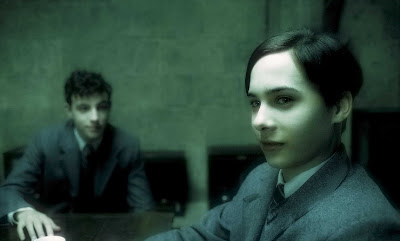 I kinda wished they showed the ones (that were in the book) about his young-adulthood and his mother. 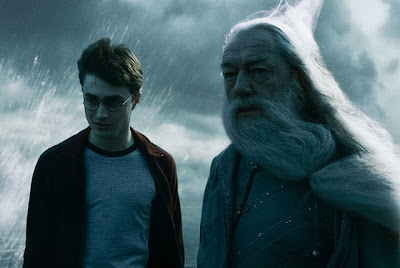 I did like how Dumbledore teamed up with Harry to take down Voldemort. 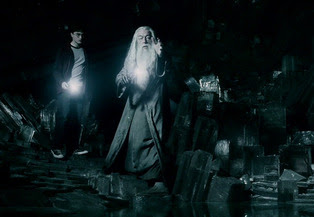 The cave scene is pretty creepy.

I heard all about his death, so it wasn't a surprise shocker. 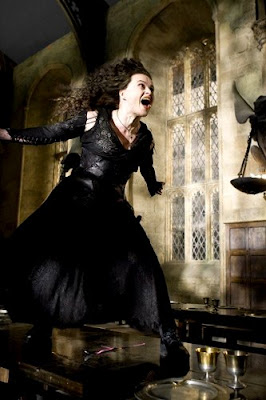 Though the mood certainly gets chaotic when Hogwarts loses it's last protection of their powerful Headmaster.
Posted by Adam at 11:34 PM

I didn't like part 1 as much as part 2. Part 2 was amazing. Nice work on the review btw.

I think I skipped this one in the series. :P

Hi, Adam. I'm not sure why but I've always like the first five movies more than the ones to follow. It's got something to do with the change of tone, I guess.

Yes, the act of reading, it is better than watching it at the cinema or DVD.