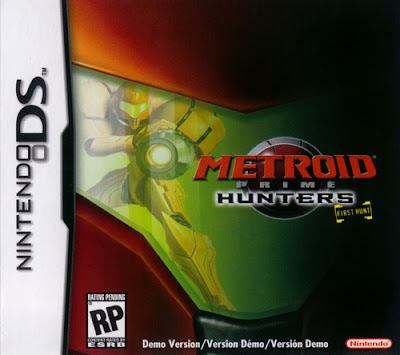 Back when I got my Nintendo DS in the Christmas of 2004 (the system's launch year) Nintendo included a free demo game called Metroid Prime Hunters: First Hunt since the actual Metroid Prime Hunters would not release until early 2006. It was a bit of a long wait, but it was cool to be given something at the start of a system's lifetime. They usually never do that until much later on. 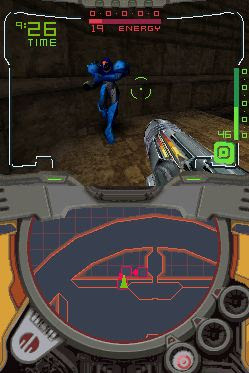 The game pretty much featured a limited-multiplayer mode featuring game-play similar to the Metroid Prime games on Gamecube. It was a bit weird at first, but with the free-range aim on your blaster really gave the game it's own feel. 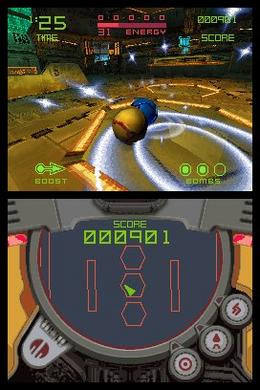 But being a limited mode with a lack of maps and extra characters does get boring. It was pretty cool to play a 4-player match with your friends, but when everyone is Samus the fun is short-lived. 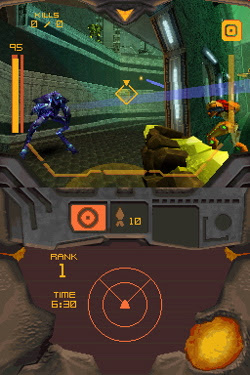 I was glad they took their time with the main game since it had much more depth than it's demo.
Posted by Adam at 12:00 PM

I own this game, and have played it quite a bit. I have never beaten it, the controls are just a bit too awkward. Still a lot of fun, and the demo really got me pumped for what the system could do.

A wonderful blog! I really like it.
Have a nice evening!
+ I also invite you to me http://photographyismyexistence.blogspot.com/
Yours.

"Do not give up on dreams, you never know when need be."