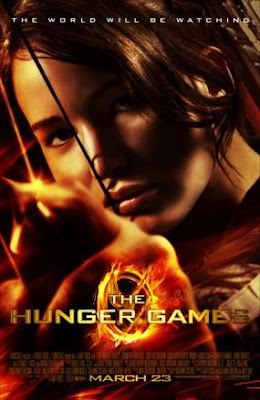 I never read the books in The Hunger Games trilogy, but it was hard to ignore the hype over the movie back in March. When I heard a summary of the plot, my mind almost instantly compared it to Battle Royale, a Japanese book, film, and comic that features a lethal competition between classmates televised for the pleasure of the now-authoritarian government in a fictional future in Japan. But I heard some more of the film, and wasn't blind to the countless differences little and big, so I was interested in giving it a shot. While the DVD isn't out yet, my local dollar theater was still showing it. 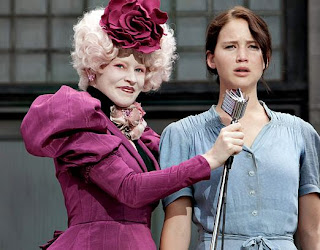 The plot is set in a post-apocalyptic North America where the survivors had formed a new nation. But over the years, the government became a cruel capitol vs the poorer districts. One day the districts rebelled, and the Capitol crushed them. In terms of a treaty made, a boy and a girl from each district is randomly selected to compete in the Hunger Games which is a violent one-winner death-match. After Primrose Everdeen is selected for District 12, her older sister volunteers in her place to save her sister's life. 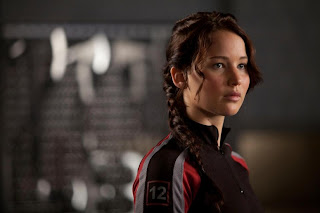 Despite the big similarity with Battle Royale, I think The Hunger Games does a few things better and a few things worse than its unrelated Japanese counterpart. I do like how they expand on the pre-games events, showing the politics of the nation of Panem and the nature of the Hunger Games itself. I do regret that the film-makers fought hard for a PG-13 rating, so the carnage is diluted a good bit. 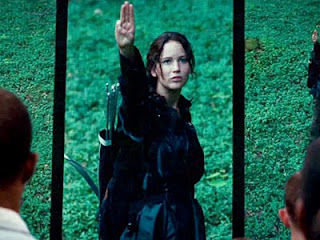 But despite that I still enjoyed the film a lot. Sure it doesn't top Battle Royale in my book, but comparing the the two is like judging a good apple versus a good pear. They might be pretty similar, but it's not one or the other kind of situation. I will be going to see the sequel next year based on the 2nd book Catching Fire for sure.  Also worth noting is that my girlfriend Daisy loved it more than I did, and she was very interested about the release date of the DVD version.
Posted by Adam at 4:00 PM

I want to read the books first but will give this a look!

I might give it a look soon enough, we shall see.

i was so going to ask you if daisy liked it because i think it's totally targeted to girls. then you answered that question. did she read the books? i've heard the movie costumes were pretty cool. ya know, if you're into clothes.

nah she never read the books. I was wondering how she was enjoying the film since I picked it out and then she turned over to me and wanted to the dvd.