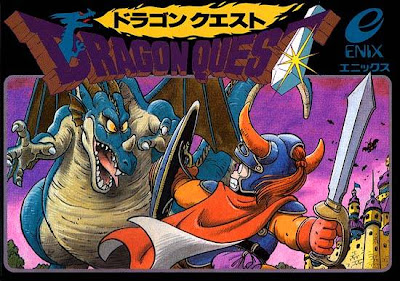 Dragon Quest was a land-mark RPG not only for Japan, but for the entire genre as a whole. While it wasn't the first classic RPG exactly, it's certainly the first one to make a major splash for the general community of gamers. Shortly after its inital release in 1986, Japan made it the nation's #1 video game franchise which still holds true today. 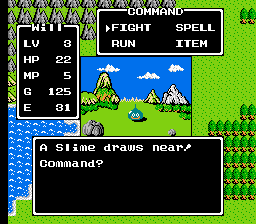 While the game only has one-on-one combat, five towns, five dungeons, and ten spells it was breakthrough gameplay elements at the time. The top-down view, plot guidelines, and gameplay were built upon almost every Japanese RPG title until the release of 3D gaming with titles like Final Fantasy VII and Skies of Arcadia. 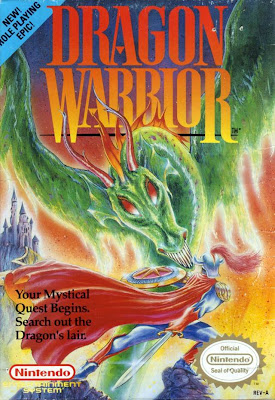 Dragon Quest had become so huge in Japan that it's creator Yuji Horii became a household name and was as well-known in Japan as Steven Spielberg is in America. Because of this success, Enix (now part of SquareEnix) had to try to see if they could make Americans fall in love with the series. It would be until 1989 that a NES version was released, and the series' name was changed to Dragon Warrior when a company came out with pen-and-paper RPG called DragonQuest in the United States. 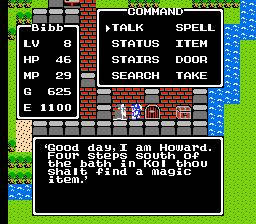 Except Nintendo themselves actually helped Enix publish the game in America. Sadly for them, the game failed to fly off the shelves, and Nintendo had a huge surplus of unsold cartidges. Turning a bad situation into a better one, they included a copy of Dragon Warrior for those who subscribed to Nintendo Power. Since the game was vauled more than a simple magazine, subscriptions soared and Dragon Quest made a footprint in North America. 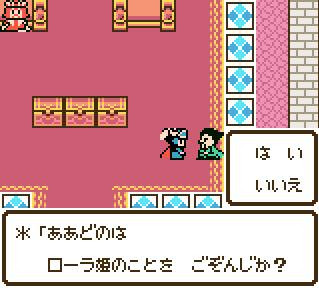 Which led to future sequels, and remakes. The most notable remake for North America would be the Gameboy Color's Dragon Warrior I & II combo pack. I tried the original game ages ago, and it's really hard to get into. But I'm tempted in trying the more recent additions.
Posted by Adam at 3:00 PM

Although I am not a video game person I really enjoyed reading your post Adam, it was so interesting!!!!!

I hear the recent ones are really good, I tried the old ones for like ten minutes and that was that.