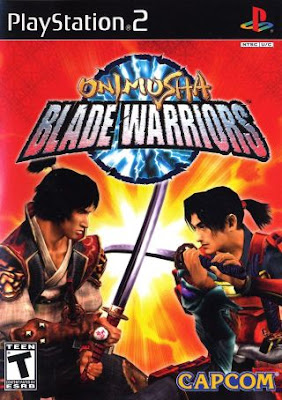 Nintendo received a lot of success with their popular Super Smash Bros. series, which puts classic Nintendo characters in a unique fighting game. Many Sony fans had hoped for the PS2 to get their own "Smash Bros." with Sony characters, but never did. Instead the first real Smash Bros. clone was a spin-off game to the Onimusha series called Onimusha Blade Warriors. So PS2 fans had to settle for this. 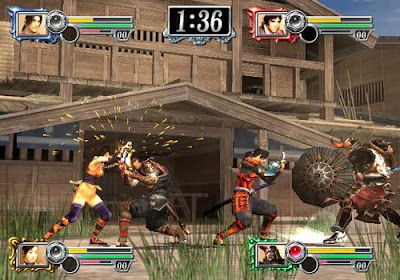 Even though it's heavily compared to Nintendo's hit series, it's not exactly Smash Bros. with Onimusha paint either. From what I've seen it's kind of a mix of Smash Bros. meets Soul Calibur. What is really cool is that it has secret cameo characters like Megaman's Zero, and historical figures like Miyamoto Musashi. 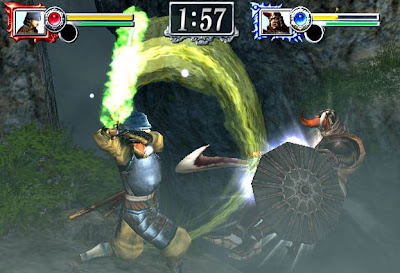 Sadly for PS2 owners is that the game failed to match the critical success of Smash Bros. I remember the review scores being rather disappointing, so when I had a PS2 I had pretty much forgotten this game even existed.
Posted by Adam at 1:00 PM

There was one I think one piece or naruto or something for ps2 that you could have four people and they could go into the background to fight, that could rival Brawl anyday, nothing beats melee though.