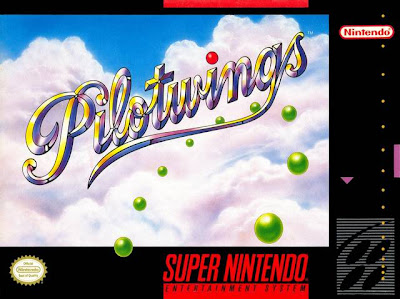 Pilotwings was Nintendo's first real flight-simulation game which hit the Super Nintendo in 1991. Even though I never played it, it's had a decent legacy of fans. 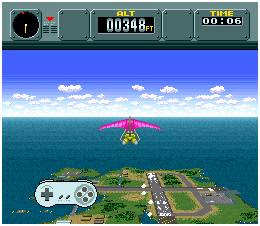 The game used the SNES's "Mode 7" graphics as best as it could. Which created one of the first "3D" games out there. The player had to complete different missions with different aircraft to complete the game. Stuff like flying through loops or using a parachute to land at a spot.

The game received mostly positive reviews, and a sequel did follow on the N64. I don't think I'd give it much a shot today though, flight-games were never my cup of tea.
Posted by Adam at 11:22 AM

It seems to be a nice game!