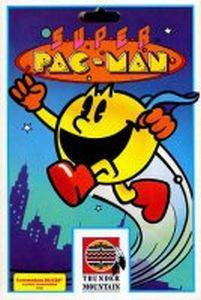 If you don't count Ms. Pacman, Super Pac-Man was the first sequel to the original game released in arcades during 1982. So what makes this Pac-Man super? He turns into a bigger version of himself. 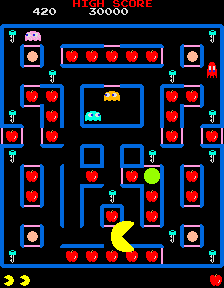 The gameplay is roughly the same, except with Pac-Man being able to grow larger to eat through weak walls. Also a lot more visible fruit for bonus points. 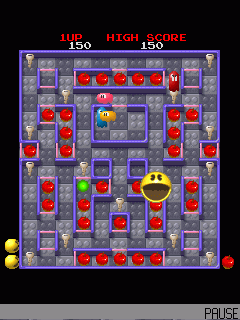 Despite being one of the games that started the franchise, it's kinda lost in the sea of forgotten games. There had been various ports over the years including early ones like DOS and Commodore 64. It is avaialbe in a remade version for mobile phones. Never played the game myself, so I can't give my opinion but it looks decent.
Posted by Adam at 3:00 PM

Email ThisBlogThis!Share to TwitterShare to FacebookShare to Pinterest
Labels: A Look Into Video Games, namco, pacman

I played the original tons, but never gave this one a run.

This takes me back!