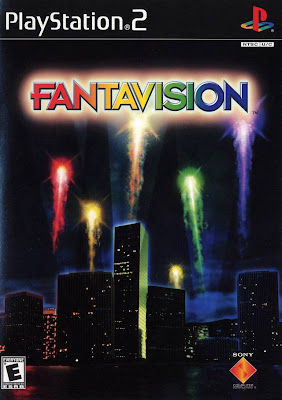 FantaVision was one of the first games to ever grace the PS2. For some reason it got a notable amount of attention (it was also a tech demo shown off during the early showings of the PS2 itself) which might of been because Sony developed it so it was a real 1st party title. Maybe they were hoping it would be the PS2's Tetris, but this puzzle game failed to glow very brightly. 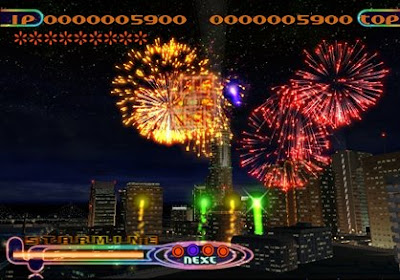 The main gameplay involves linking chains of the same color of flares. Getting 3 or more will cause a fireworks explosion with the addition of chain reactions as well. It also featured a 2 player mode for two friends to test their skills. But the game failed to convince gamers to get it for their new console, and critics brushed it off fairly quickly. It wasn't a total dud, but rather like a firework that looks far better on it's boxart than in action. I never had the chance to play it, and if it were to be released on PSN someday it won't be on my list of games to play.
Posted by Adam at 9:02 PM

Email ThisBlogThis!Share to TwitterShare to FacebookShare to Pinterest
Labels: A Look Into Video Games, PS2, Sony