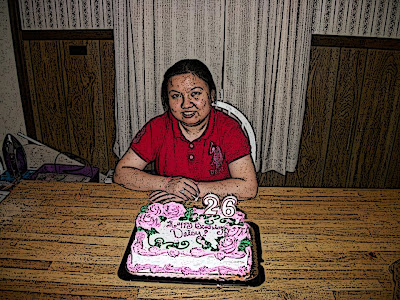 Daisy had her birthday on the 11th, so I took her out to eat, and gave her a little mini-party of sorts. 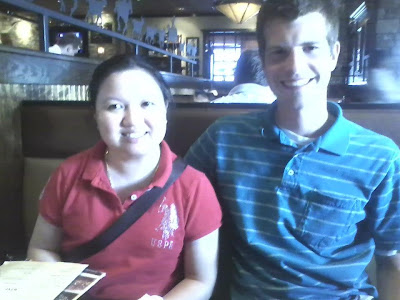 We went to her favorite resturant LongHorn Steakhouse. 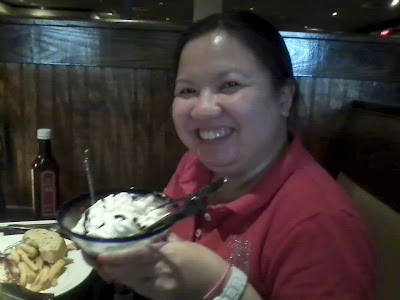 They were nice enough to give her an ice cream sundae for her birthday. 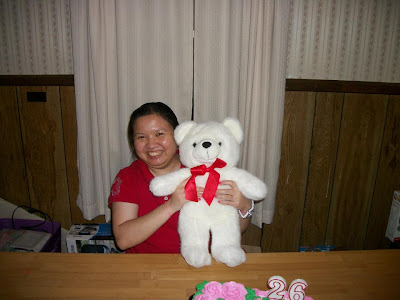 Then we came back to the house and she got some birthday presents. I got her this polar bear awhile back, but it was an early birthday present so she wanted a picture with it again. 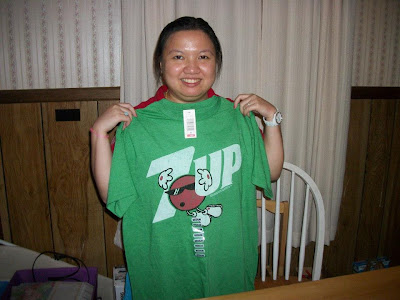 She also wanted a 7up tshirt, just like mine... I told her only on the condition that we don't wear it at the same time. 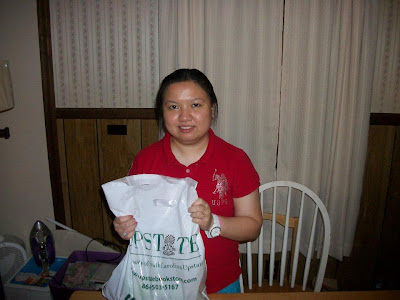 She got some stuff from my brother which he got from his work at the local college bookstore. 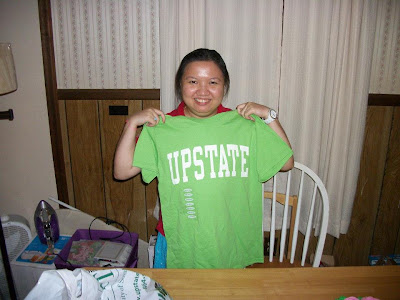 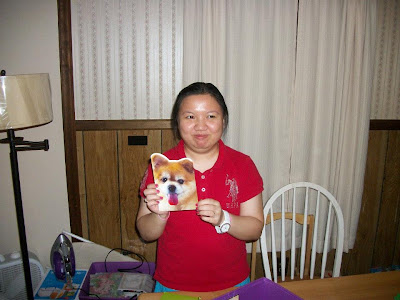 My mom gave her a purple basket with some little goodies, but also this dog card. It had a cute joke where my mom signed the card and my dog Zelda licked the envelope. 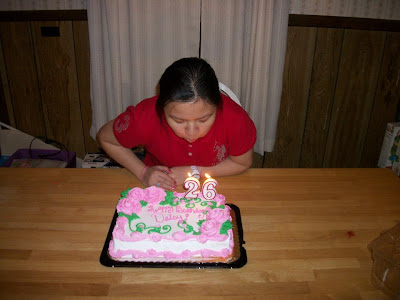 But then it was cake time. 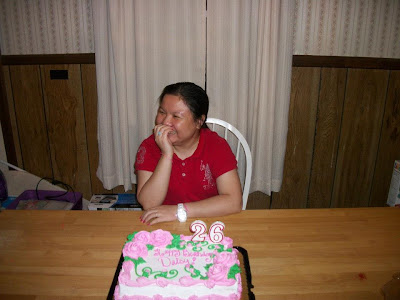 Daisy's birthday wish was "a mansion". 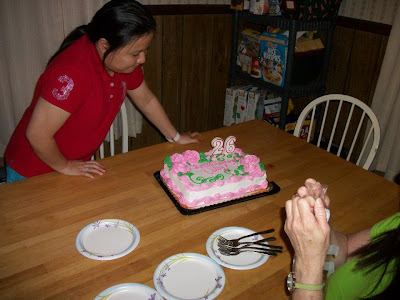 So we had enough cake for five people. We still didn't eat it all. 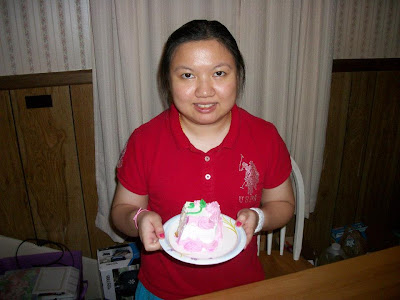 At least Daisy had a decent birthday.
Posted by Adam at 6:50 PM

That was very nice of you!!! Happy Birthday Daisy!