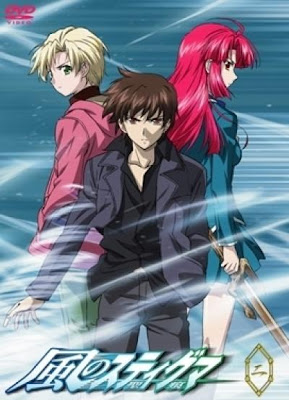 I saw Kaze no Stigma on Netflix Instant and noticed it was only 24 episodes so it wasn't going to take a eternity to finish the story. It looked rather promising so I've been watching it for the past couple of weeks. 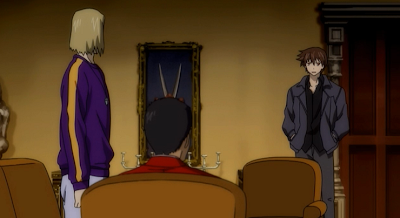 The story introduces a young man named Kazuma Yagami who was originally born into the Kannagi family of fire-magic users. When Kazuma failed to perform significant fire-magic, his father Genma disowned him since the whole family revolves around their magical abilities. Four years later Kazuma returns to Japan and bumps into members of a branch family of the Kannagis. When the members of the distant realtives die by wounds from wind-magic, Kazuma is to blame as that's what he mastered during his absence. 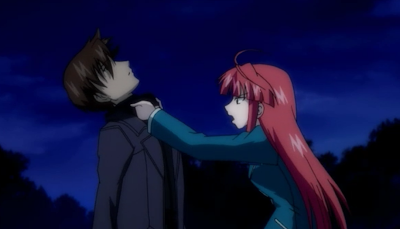 So after defeating his father in combat, he eventually proves himself innocent and defeats the true foe with the help of his brother Ren and more importantly his distant-cousin Ayano who became the future-head of the family when Kazuma was disowned. Due to Ayano's father Jugo's respect and love for Kazuma, he pairs the duo to solve cases involving yoma (similar to the Western concept of monster or demon) and evil magic users. 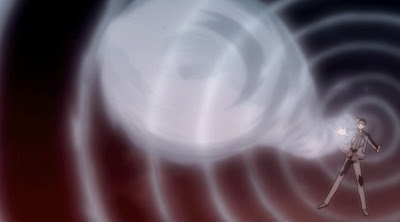 I thought the whole series was pretty good. The action scenes are filled with interesting attacks and the whole elemental magic thing leaves a lot of variety to work with. Though Kazuma being nearly invincible and Ayano being so weak seemed rather oddly unbalanced. I did also enjoy the funny moments between the two, and Kazuma's relationship with his brother Ren. 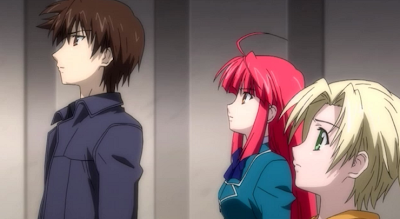 Sadly the author of the original light-novel series in which the anime is based has passed away. So the anime ended pretty much ended shortly after that. And on a weird note too since the final episode hints at a continuing story. So if you hate incomplete stories and cliff-hangers, then don't even give this a start.
Posted by Adam at 6:00 AM

Think I'm going to give this a try, I need a new anime to watch :)

I'm watched this series over and over again... Too many times to count. I hate that, at the very last episode, it leaves you wanted to know more about Ayano and Kazuma's "relationship."

Otherwise, it's an amazing series that I'll probably continue to watch over and over again. (: