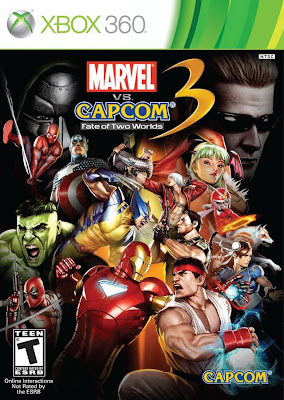 Back around a decade ago, one of my favorite games was Marvel Vs. Capcom 2 on my PS2. I also played a little of the arcade version, but I played my home version so much that it made me nauseous. It was a bit of a long wait (especially for me) but I was glad to see Ryu fight Spiderman again. 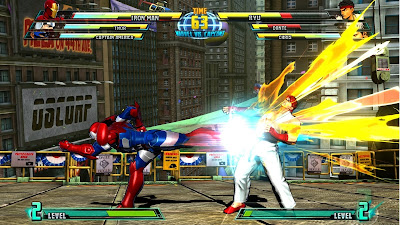 Granted the fighting hasn't changed too drastically. The combat is a mix of skillful moves and ridiculous attacks. I do like the 3-vs-3 matches since it gives you more room to work with and more chances to use your favorite characters. 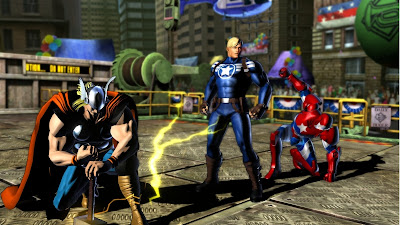 One of the most notable changes I've seen in 3 is the roster. The 2nd game featured 55 total fighters while the 3rd game only has 36 which is a good difference. I know they were focusing on quality rather than quanitity, but I can't help but miss my old favorites. I'd trade Chris Redfield for Jill Valentine or She-Hulk for Juggernaut anyday. I do really like new characters like Amaterasu from Okami or Phoenix from X-Men. 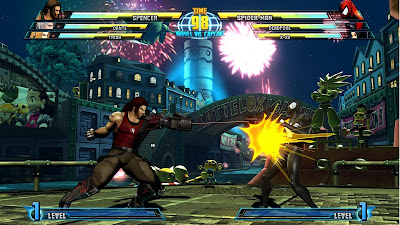 But Marvel VS. Capcom 3 isn't all that I hoped for. While the fighting is pretty solid, the replay value is rather diminished since I can't play multiplayer due to my lack of a 2nd controller or Xbox Live Gold. Besides the bare-bones Arcade mode, there's a mission mode but it's more of a glorified training mode than a legitimate challenge. Sadly the whole fighting genre suffers from this problem, but I'll give it some slack since it's not Capcom's fault I can't play against a human opponent.