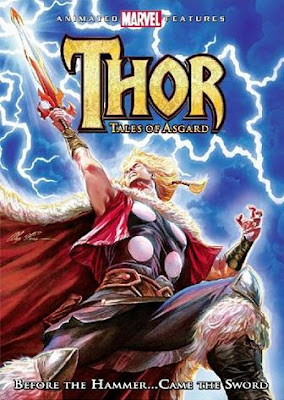 For such an old Marvel franchise, Thor has not gotten as much attention as other Marvel classics such as Spider-Man, X-Men, Iron Man, and The Hulk. If it wasn't for the character's key role in the foundation of the Avengers team, I doubt any movie would of been made. But I liked the 2011 film Thor and his role in The Avengers film, so I decided to check out this prequel movie. 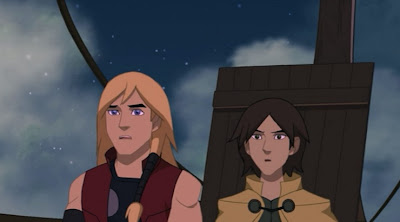 The movie set way back in Thor's life where he is at teenager age. Since Thor is based on the Norse god, I can't say how fast characters age in the Kingdom of Asgard. So the story starts off with Thor craving for a real adventure after he discovers that no sparring partner will let Thor lose. 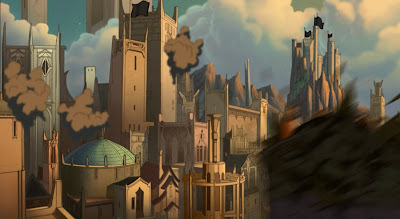 So after having an arguement with his father Odin, Thor sneaks out of the kingdom with his brother Loki on a ship with some Asgardian adventurers. Thor sets out to the frozen (and forbidden) lands of the Frost Giants to find a lost and powerful fire-sword, but his harmless intentions eventually shake the fragile truce between the two lands. 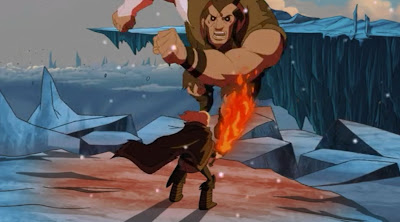 Despite a rather ugly art style, I really enjoyed this prequel tale. I didn't expect a story involving Thor before obtaining his magic hammer Mjolnir to be interesting, but it's surprisingly well done. It won't blow viewers away of course, but it will please Thor and Marvel fans alike. If you haven't seen the Thor film starring Chris Hemsworth yet, I suggest giving this a watch first since it won't spoil any plot details but will give you a more detailed look about Thor's family, land, and enemies.
Posted by Adam at 5:00 PM

did you see the Thor film? Terrible, at least in my opinion. It's crazy how some of these movies were great and some not so much.

I loved it as well!

I liked the Thor film, but I can see how some didn't like it.