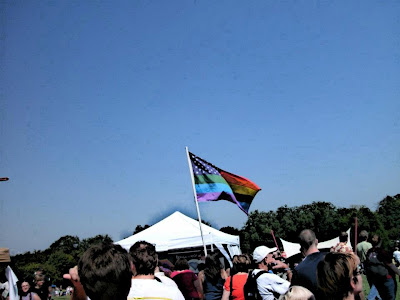 As many of my readers know, I'm a very liberal person. Last year I went to Upstate Pride with my local Democratic party, and I had a blast. This year I just had to go back. As a straight male, I feel that everyone deserves the same rights as everybody else, and I'm not shy at giving support to my fellow humans. 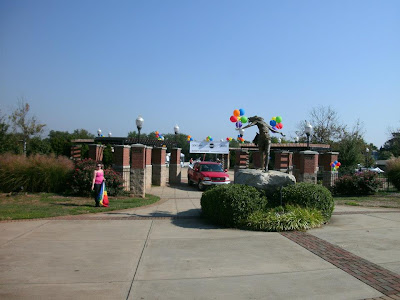 I took my girlfriend Daisy along with me, and we got there pretty early. 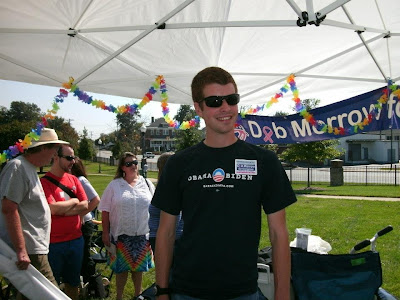 But we had plenty of time to meet up with our friend Deb Morrow who was running for Congress. She had a good idea of spreading out stickers which I wore along with my Obama-Biden t-shirt. 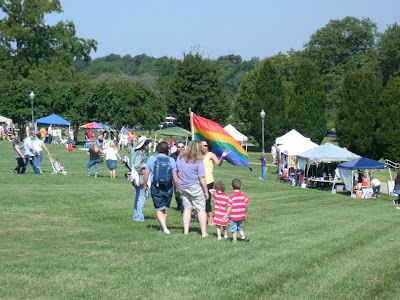 The event has been held in the local Barnet Park for the last 2 years. It's a pretty large area for booths, and even a stage for speeches and performances. Our city government is very liberal (despite being in a very conservative county) so Mayor Junie White proclaimed it Equal Rights Day or something along those lines just like he did last year. 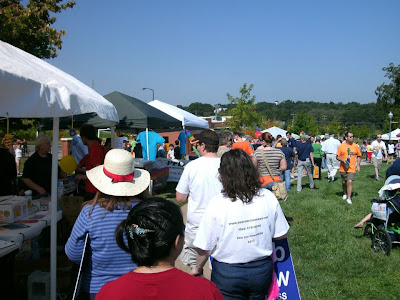 But the main draw of the event is the march through the streets of downtown Spartanburg, South Carolina. So we got an early spot in the line-up. 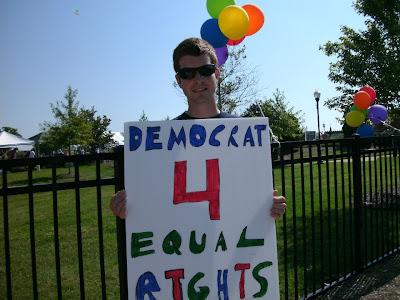 Here's my sign I rushed to make the night before. Not witty this time, but simple and to the point. 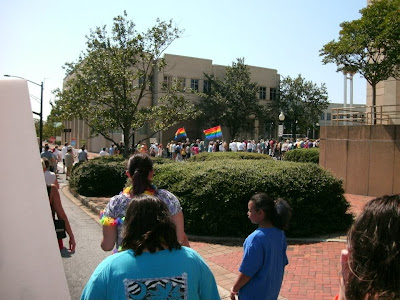 Apparently there were roughly 2,300 folks in the march, and it certainly felt like it since it was very cramp until later up the street where there was room to spread out a bit. 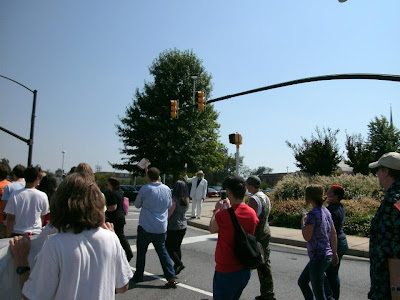 But like last year, local church groups came to protest. Last year there was 3 different churches, but this year only 2 showed up and the pastor and his flock showed up late. I didn't see them until we made the circle back to the park. Ironically they're located right up the street, so I don't know who dropped the ball on that one. 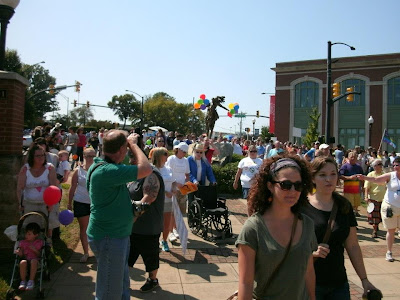 But they were insignificant in number compared to everyone at the march. I took this photo after I walked back to Deb Morrow's booth to put away some things, and there was still a crowd at the entrance when I got back. 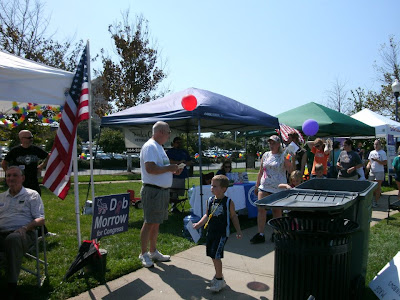 But we had a fun time, and I was glad to see the event grow just a little bit bigger. Equal Rights support grows stronger every year.
Posted by Adam at 6:09 PM

Good for you Adam!

Yeah be a much better place if equal rights were for all, looks like quite the time too.

nice pictures Adam and good for you!

Nice photos, and I love that you're a proud supporter of equality! As am I!