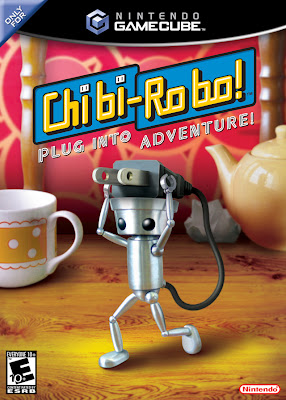 During the Nintendo Gamecube's final year (sorta) in 2006 was not a good time to be a fan. But oddly enough it was the time for some of the most unique games to be released. One of the most notable was Chibi-Robo!, a platform-adventure game about a tiny housekeeping robot. 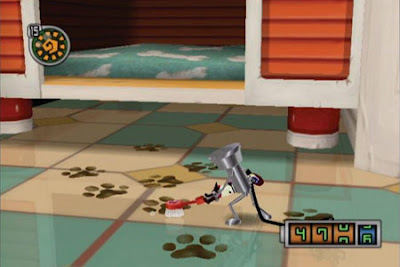 Seriously, you really do house-chores.  And Mr. Chibi-Robo really is tiny. You have to recharge his batteries by doing various tasks. Critics generally liked the game, but some cited the tasks as being boring. 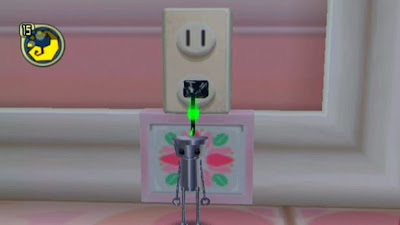 Which kinda made me pass at the chance to play the game. I guess I was too concerned with my new Xbox and the upcoming Wii at the time, but I should of gave it a chance. Perhaps one day.
Posted by Adam at 11:59 PM

Email ThisBlogThis!Share to TwitterShare to FacebookShare to Pinterest
Labels: A Look Into Video Games, gamecube, Nintendo

that robot is super cute