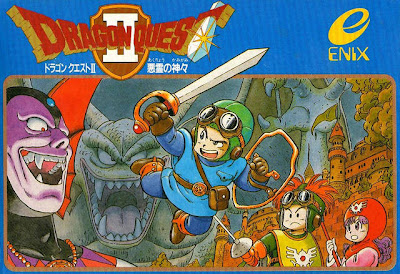 Originally released in 1987 in Japan (1990 for America), Dragon Quest II was obviously the first sequel to Enix's original RPG smash-hit  While it doesn't look too much different from it's predecessor, it did make notable improvements. Like the biggest one being the introduction of the "party system" where you could have more than a single warrior fighting at a time. In the original, it was a pure solo adventure. But as your party number increased, so did the monsters. Since your power grew, you also had to fight the bad guys in groups for the first time. 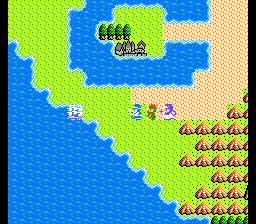 The story itself is set 100 years after the events of the first game. You control a prince related to Loto from the first game, and you must defeat the evil wizard Hargon and his buddies. So it's the fairly typical plot you'd expect from 80's and early 90's RPGs. 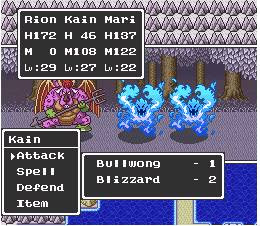 The game was extremely popular in Japan, though not so much in America. Critics from all over did praise the game for it's improvements to the gameplay. Years later, it was remade several times (along with the original in the same cartridge) for Super Famicom (the Japanese SNES), Gameboy Color, and cell phones. Never played it myself, but I've been meaning to try the series. But I'd certainly pick this one over the original.
Posted by Adam at 9:27 AM

It does look pretty cool.